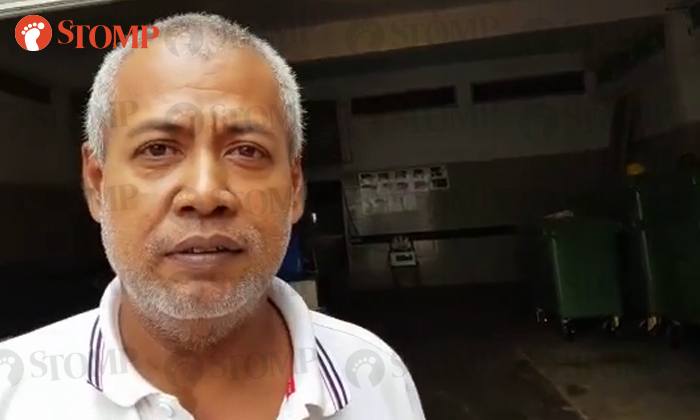 The Housing & Development Board (HDB) and a Member of Parliament (MP) have responded to an online video showing a purportedly homeless man living in a rubbish collection centre in Ghim Moh.

The video, which Stomper Lim shared with Stomp, showed a man and his alleged living quarters at the bin centre.

The man, who identified himself as a Singaporean, said he works as a cleaner at the bin centre and has been homeless for "coming two years".

He is also heard saying that he has just returned from Indonesia, adding that he is suffering from "heart pains" and had "just come out from hospital yesterday".

When questioned about his plight, the man responded: "HDB don't want to give me house."

Stomper Lim said: "I feel so surprised that he is just out of hospital and that he has been living in a rubbish bin centre for almost two years. I personally feel that the place he stays in is not healthy enough for a person who is recovering.

"I hope our dear MP will give him a helping hand asap."

In a statement on Friday (Oct 19), HDB said it was aware of the video and provided more information regarding the man's plight.

HDB said on its Facebook page: "Mr R first applied for a rental flat last year. Although he did not meet the criteria (as his wife and children are non-Singapore citizens), we were prepared to help him with rental housing.

"However, he did not proceed with the application.

"However, he turned down our offer to rent a flat under the Joint Singles Scheme. Instead, he said he would submit another rental application with a family member later."

According to HDB, it has since reached out to the man "to offer temporary rental housing as an interim measure."

"We seek the public’s understanding not to speculate on Mr R’s circumstances," added HDB.

Holland-Bukit Timah GRC MP Christopher de Souza also said that he has met with the man and "encouraged him to accept HDB’s offer of a rental home."

"After speaking to R, he understood that this would be the best solution for him. I shared that we would pool together some manpower to help him pack and move, which he agreed to," wrote Mr de Souza on Facebook.

"Why did we work together to do this? Because we want to achieve a long term solution for R.

"What is that long term solution? For him to have a home."