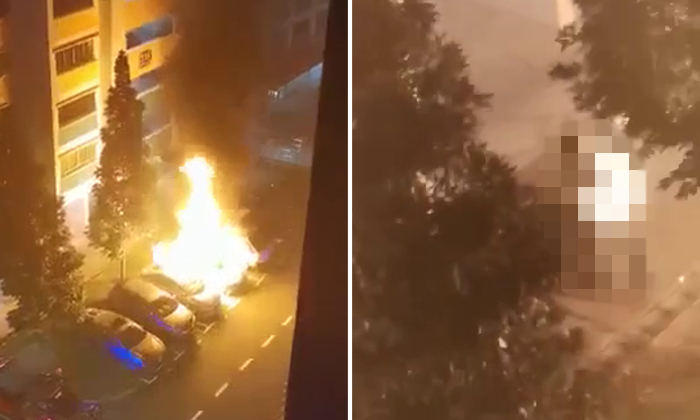 Onlookers could only watch in horror from a safe distance as a man - screaming in pain as he lay face down on the ground - was attended to by paramedics.

Residents had been roused from their sleep early on Sunday (July 3) morning when bright orange flames engulfed a car, prompting some to gather at the foot of Block 216 Petir Road in Bukit Panjang.

Madam Kasidah Yusoff, 55, a cleaner who lives on the second floor of the block that overlooks the carpark, said "the entire window in front of our flat glowed bright orange, and I could feel the heat".

When she made her way downstairs, she joined other neighbours who "gathered a distance away, because we were afraid of debris flying out from the fire".

She said personnel from the Singapore Civil Defence Force (SCDF) - which received a call for assistance at about 4am - had already arrived.

Madam Kasidah said: "We saw a man screaming for help and lying on the ground, but we could only stand around because the fire was so big and the paramedics were already attending to him."

Another resident of the block, who did not want to be identified, said: "We saw the man but I don't recognise him so I am not sure if he lives in this block. There are many elderly people living here. No one dared to go too close to the fire."

Chinese evening daily Shin Min Daily News reported on Monday (July 4) that the man is believed to have been the driver of the car. He is said to have been unable to start the vehicle when it suddenly caught fire.

The blaze badly damaged another two cars and a van parked nearby. 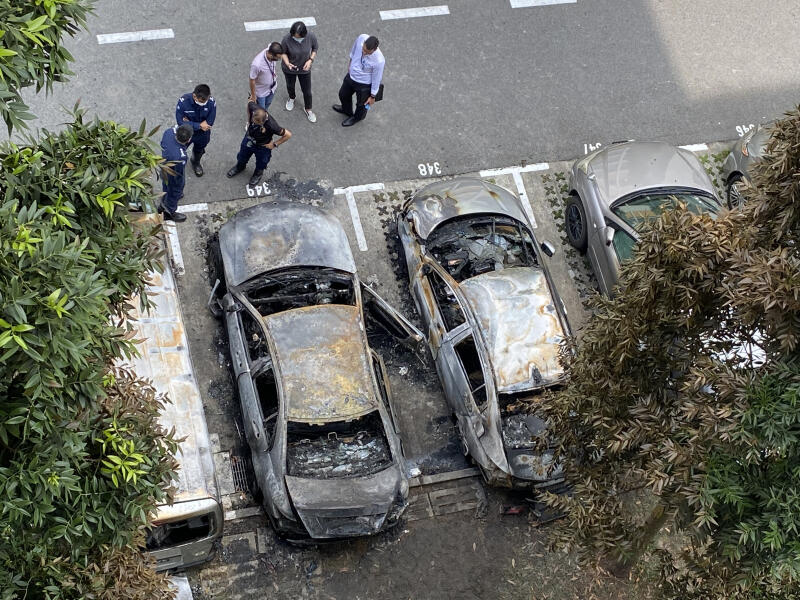 The man was taken to Singapore General Hospital with burn injuries, and the cause of the incident is under investigation.