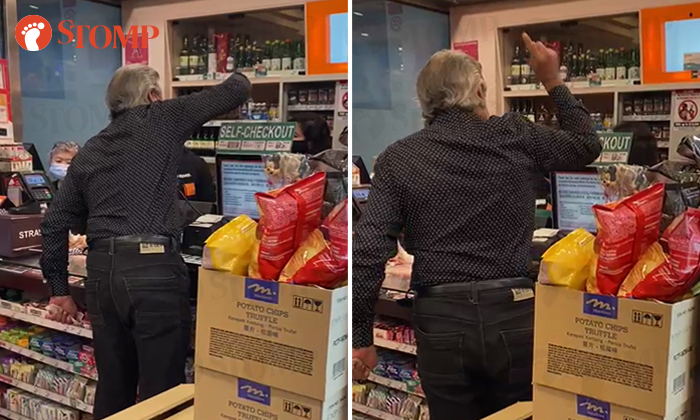 Police are investigating a case of public nuisance involving a man who verbally abused staff at a 7-Eleven store on Friday night (April 2).

Stomper E witnessed the incident that occurred at Simei MRT station's 7-Eleven outlet at around 10pm.

She said: "This man started scolding one of the employees at 7-Eleven due to a misunderstanding. He had wanted a certain beer brand but the staff said they didn't have it.

"He also called her stupid."

Cold Storage is owned by Dairy Farm Group, which is also the parent company of 7-Eleven.

In response to a Stomp query, the police said they were alerted to a case of public nuisance at 30 Simei Street 3 at 10.32pm.

Related Stories
Auntie allegedly throws sand at woman's face, hides behind Ya Kun counter and tries to flee
Man arrested at River Valley after slapping woman and shouting at police: "Do you know who my mum is?"
Young Karen and Old Karen argue over table, film each other at Whampoa Hawker Centre
More About:
dispute
public nuisance
7-Eleven
rude