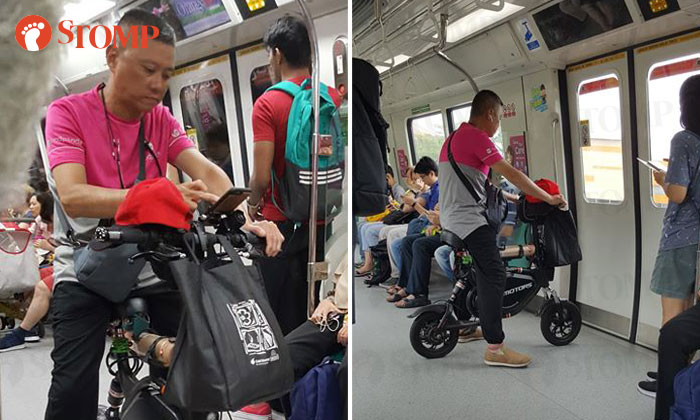 Many have found personal mobility devices (PMDs) to be a convenient and eco-friendly mode of transport.

However, some have become overly dependent on their devices and use them when they really should not.

Stomper Leela was on board a train on the North South Line on Saturday (Mar 30) when she saw a man in the cabin on a PMD.

"He was already in the cabin when I boarded the train at Novena at about 2.22pm," Leela told Stomp.

"He then alighted at Yio Chu Kang Station."

In the photos, the man, who is wearing a Foodpanda shirt, is seen sitting on his PMD in the middle of the cabin before moving it to in front of a pair of sliding doors just before alighting.

Leela did not think it was right for him to be riding his PMD in the train and informed Stomp that she reported the matter to SMRT.

This is not the first time, Stomp has been alerted to PMD users riding their devices in inappropriate locations.

Last month, another PMD user was seen riding his device through the checkout aisle in Bishan's FairPrice supermarket.

Netizens slammed the rider for being "lazy" and a potential hazard to other shoppers. 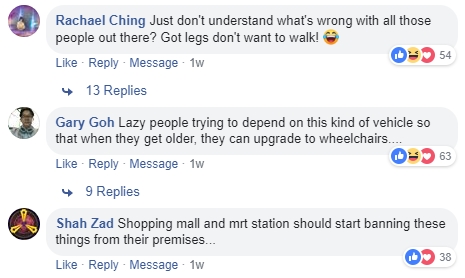