Man reunites with bike worth over $10k thanks to online community 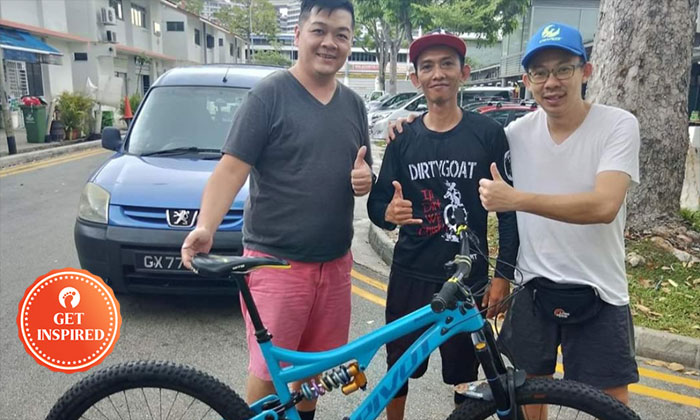 A man who appealed for help after his bicycle was taken from outside a bicycle shop at Jalan Bukit Merah has found it thanks to the help of the online mountain biking community in Singapore.

Stomp earlier reported on a video showing a man taking the bike from outside Tiong Hing Company's bike shop on Mar 4.

Calvin, the owner of the bike, told Stomp that after his article was published on Friday (Mar 6), he received several calls and messages on Sunday (Mar 8) that his bike had been found.

One of the members of mountain bike Facebook Group MTB@SG posted on Sunday morning that he had found the bike at Block 121 Alexandra Road.

He posted a photo of it on the group's page and Calvin was alerted to it by his friends.

"Later that day, I went down with one of my friends to collect the bike," he said.

Calvin had earlier told Stomp his bike cost over $10,000.

The bike was found without any missing parts or damages.