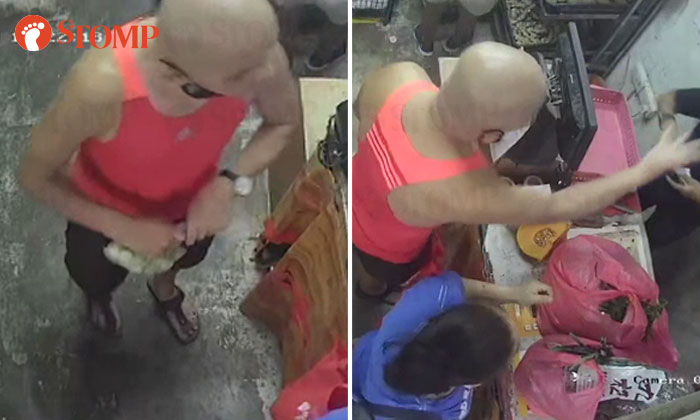 The police are investigating an incident where a man removed his mask to allegedly shout and hurl vulgarities at a vegetable stall worker at Block 17 Bedok South Road on Aug 28.

Stomper D alerted Stomp to the incident and shared a video forwarded to him by his friend.

According to the timestamp on the video, the incident happened at about 10.22am.

According to D, the worker told the man to queue up properly after he asked another customer if he could check out first as he only had one item.

"The cashier then told the man that the shop allows customers to use their toilet if they urgently need to visit one.

"The guy reacted violently and shouted and hurled vulgarities at the cashier who continued to tend to other customers until it was the guy's turn.

"The cashier did inform the guy to put on his mask but he refused and ignored his instruction.

"Eventually, the cashier told the guy the price of his item but the guy walked off instead of buying the item.

"After a while, the guy came back and said, 'Just now you wanted to call the police right? Call lah!'

When the cashier asked him again if he wanted to call the police, the man allegedly responded loudly: "Yes! I want them to come!"