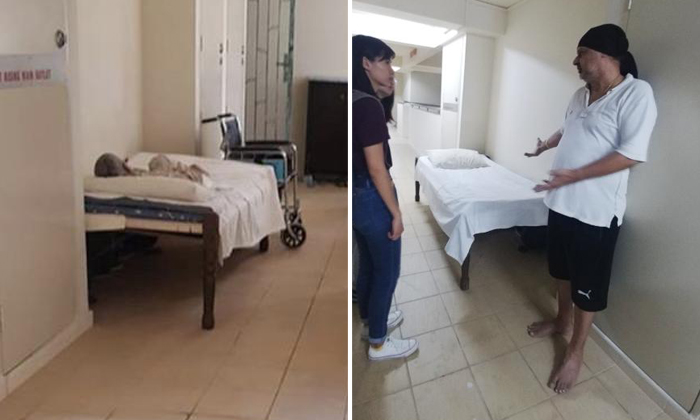 A photo showing an elderly woman sleeping along the corridor in Jalan Membina went viral after it was posted online, but there is actually more to the story.

The picture, which shows the 85-year-old woman lying in bed with a wheelchair nearby, was first uploaded by a Facebook user.

Calling the sighting "ridiculous," the user wrote: "This is not the way how u treat ur mother (sic).

"If this happens to be a misunderstanding or whatsoever, pls come up to me and I will apologise and remove the post." 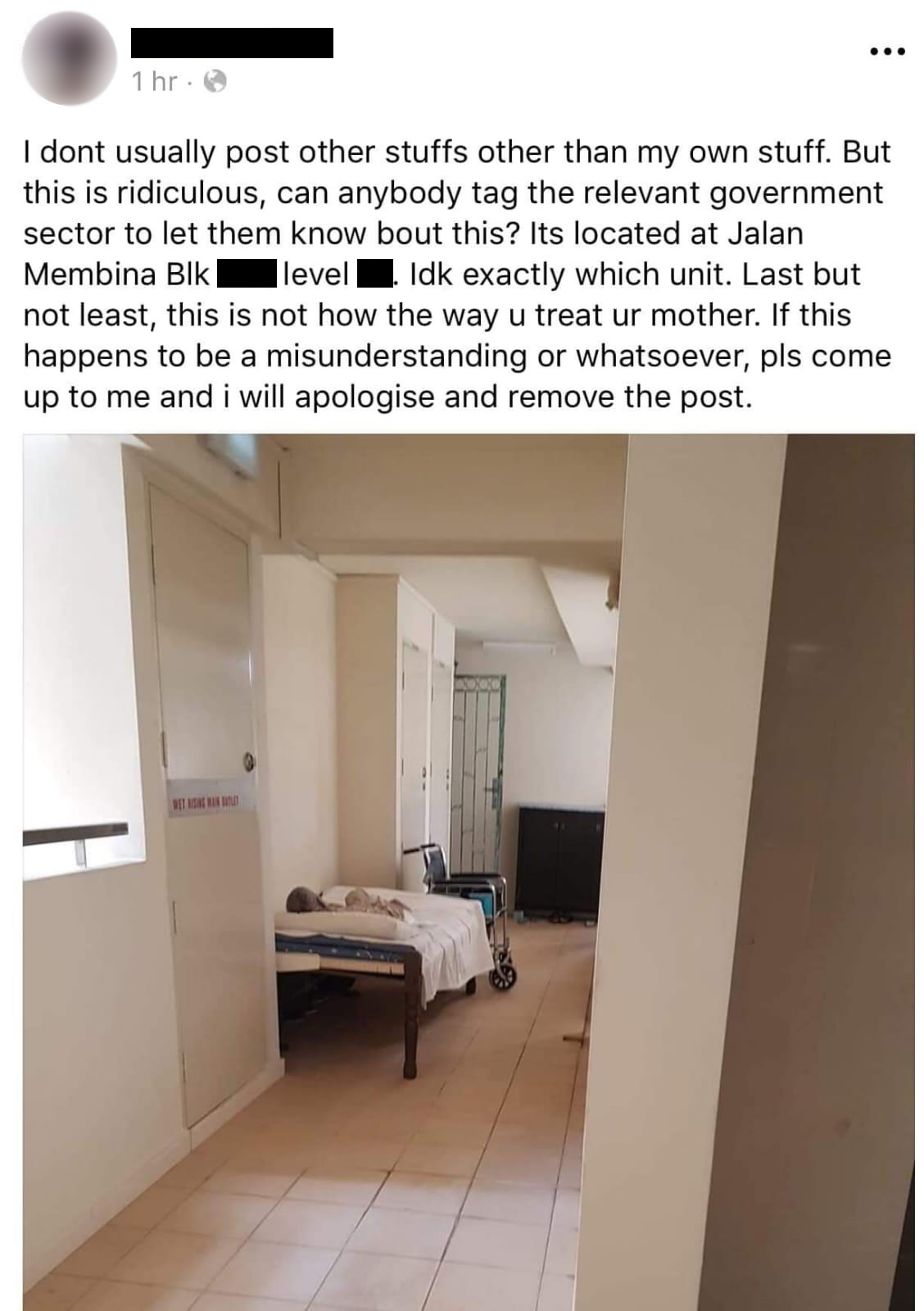 This sparked a wave of outraged comments from netizens, who accused the woman's children of being unfilial and mistreating her.

When Lianhe Wanbao reporters visited the unit in question, the woman's son refuted the Facebook post and said he had lodged a police report on Sunday (March 3).

The 59-year-old man, who is self-employed, told Wanbao that he lives with his mother and his son. There is also a domestic helper who takes care of his mother round the clock.

The man said that his mother had been able to cook and do the laundry right up until mid-2017, when she suddenly injured her right hand and it became immobile.

Shortly after, she suffered a stroke and was hospitalised till January 2018.

The elderly woman can only move her left arm now.

As she is unable to sit up on her own or talk, the maid carries her outside the unit to chill in the day. And because she has to spend long periods of time bedridden, the maid would also help her switch between beds.

According to the woman's son, the bed outside their unit is a traditional Punjabi item made from woven rope that helps to make one's back less prone to rashes. 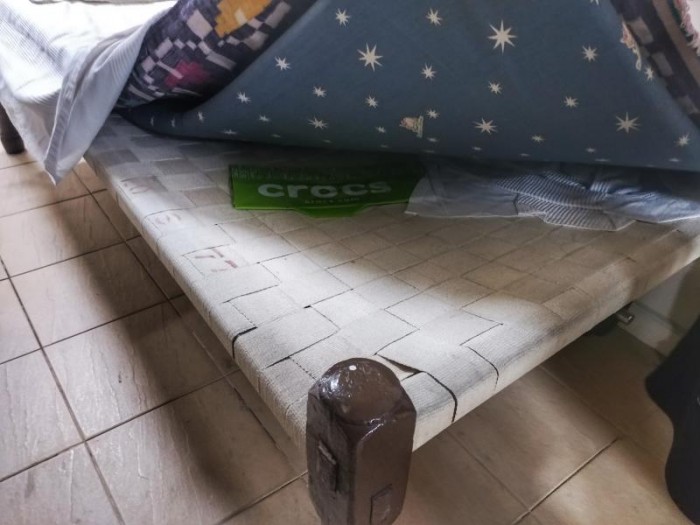 "My mum does not like the air-conditioner and fan, and prefers to sleep outside the unit when she finds the flat stuffy," he added.

The man believes that the misleading photo was taken at around 5pm on Sunday, when the maid took his mother outside. As neighbours are aware of his mother's condition, the person who took the picture is not likely to be a resident there.

The man also said that the Facebook user had published his address and mother's photo online without getting the facts right, leading to unnecessary speculation.

He told Wanbao: "There's only my mother and the maid around in the day. I am worried that people might turn up so I decided to let the police handle the matter."