Man rages at BMW driver who allegedly pointed middle finger and almost knocked him down: 'Sorry no cure!' 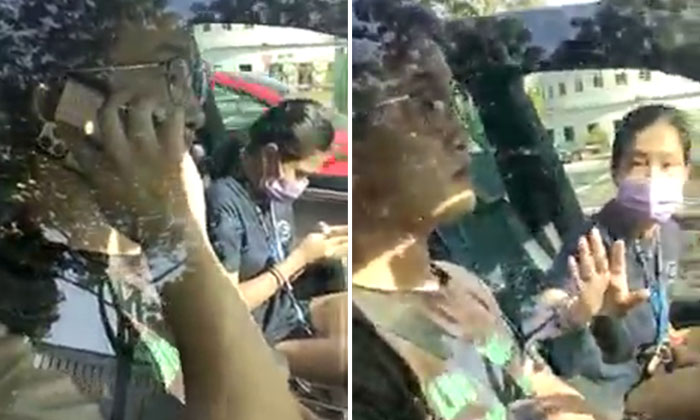 A man got upset with a BMW driver who allegedly pointed his middle finger at him and almost knocked him over.

He proceeded to record a video of the driver and his passenger and refused to let them drive off.

A video of the incident has been circulating on YouTube and Facebook, where it has garnered over 100,000 views.

In the video, the man is heard calling the driver "very very rude".

The driver's passenger is not spared from the man's tirade either. He admonishes the girl for 'standing by' her brother and tells her she "should stand up for uncle".

The voices of the duo in the car cannot be heard clearly.

The man recording the video says to the girl: "Your brother wanted to knock me down with the side mirror."

"Tell your bother if he's smart enough, say sorry to me.

"I'm angry because your brother show centre finger at me.

However, despite asking for an apology, he shouts: "Sorry no cure! I want to call police."

He then demands they open the window and tells them he wants to talk to their mother.

Comments by netizens have been mixed. While some criticised the older man for getting so worked up, others slammed the driver for being a 'coward' if he really had done what the uncle accused him of. 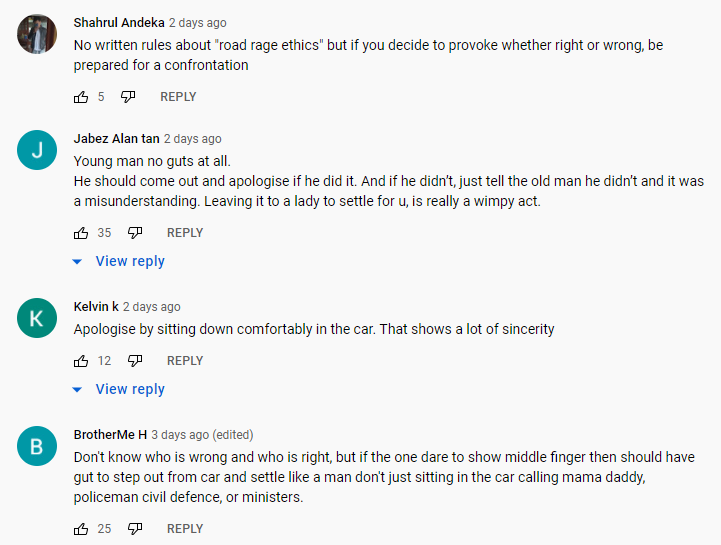 Several netizens also praised the girl in the passenger seat for remaining calm and trying to de-escalate the situation.

Related Stories
Mercedes driver throws punch at Audi driver for not reversing at Kovan Road
Businessman falsely accused of being Bentley driver involved in school scuffle files police report
Jaywalkers lash out at lorry driver who honked at them -- but end up embarrassing themselves
More About:
dispute
middle finger
argument
BMW
road rage