Man pushed GF to the floor during dispute in Punggol flat, kicked and broke her ribs 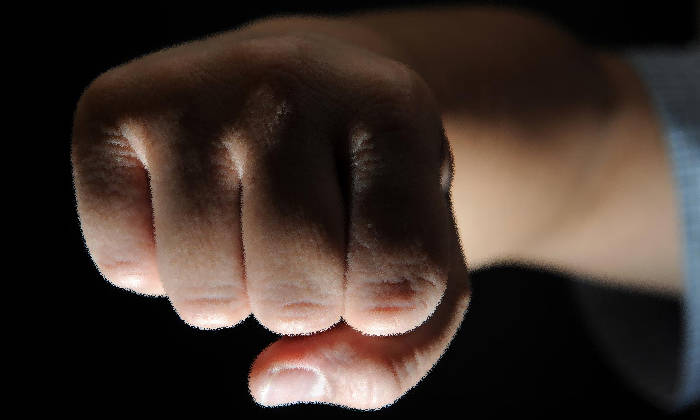 He pushed his girlfriend to the floor after a dispute over relationship matters.

And while she was on the ground, Andrew Tan Chia Hsien, 39, kicked Ms Pong Ngee Han in the ribs, breaking three of them.

A second charge was taken into consideration.

The prosecution had sought a two-month jail term, citing the nature and severity of Ms Pong's injuries.

According to court documents, the assault happened at a flat in Sumang Lane in Punggol on May 20 last year at about 8.45pm.

Ms Pong had called the police to report the assault, but said she did not need an ambulance.

The next day, she went to see a doctor.

Calling Tan's actions despicable and vicious, District Judge Mathew Joseph said the sentence meted out needed to have a deterrent element, so others will know that being in a relationship is not an excuse to inflict violence.

The judge told Tan: "I find it highly offensive, and cowardly behaviour on your part, that you can kick a lady that has fallen and is lying on the ground.

"Consider yourself extremely fortunate that you are not facing a more serious charge."

He urged the judge to take into consideration the fact that Tan was a first-time offender and should be given the chance to show his remorse and rehabilitate himself.

Mr Yeo said the assault was not a prolonged one and the couple are still living together.

For voluntarily causing hurt, Tan could have been jailed up to two years, fined up to $5,000 or both.

Related Stories
Woman assaulted ex-GF, confined her in Marsiling flat for 9 days, forced her to strip and took photo
Jail for man who threatened ex-GF with knife after she refused to have sex, stripped and filmed her
Courier assaulted pregnant GF and dragged her out of room by her legs, hit driver in road rage dispute
More About:
assault
dating
couple
dispute
court