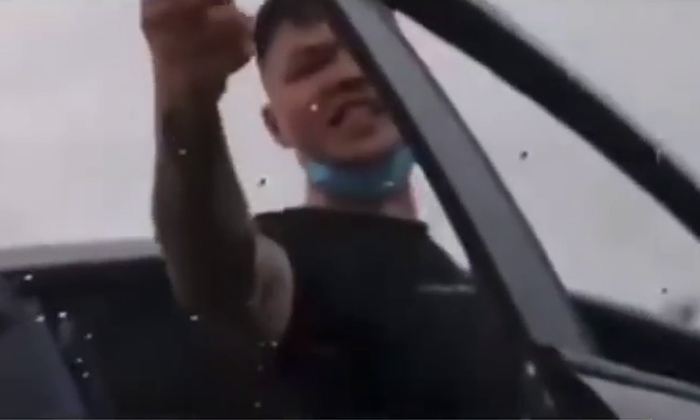 A man went into a rage after being confronted by another driver for tailgating him.

Facebook page SG Road Vigilante posted a video of the road rage dispute that occurred in Jurong East on the evening of December 31.

The incident was sparked off by a Honda driver who tailgated another motorist out of the carpark at JCube shopping mall.

The Honda driver was apparently upset when the motorist drove up next to him to confront him over the tailgating.

Reactions from netizens have been mixed, with some expressing support for the motorist and others asking if a confrontation was necessary.

One user commented, "Camcar driver is real Justice Bao. Keep doing what is right, you answer to no one."

However, another said, "Camcar driver: why do you need to confront him? Just lodge a complaint against him for evading parking charge will be suffice. You are asking for trouble."

A few also felt that there was more to the story, with one netizen asking, "Cam driver, what happened during the three minutes of missing footage?"