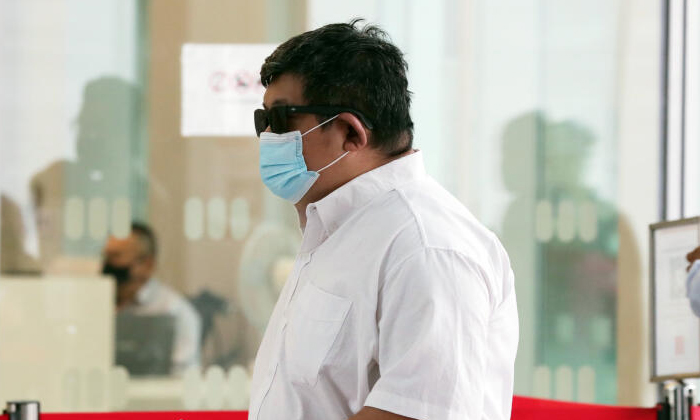 Unable to afford the services of sex workers, a man pretended to be an agent for rich "sugar daddies" and duped at least 11 women into having sex with him, so he could purportedly "test them out".

When two of the victims tried to sever ties with him, the conman De Beers Wong Tian Jun threatened to disseminate their nude pictures. He also told the pair that to stop him from doing so, they had to have sex with him again.

"Sugar daddy" is a term used to describe men who are willing to splurge on others, often younger people, in exchange for their company.

Wong, now 39, pleaded guilty in a district court on Thursday (March 18) to 10 charges, including multiple counts of cheating. Twenty-six other charges will be considered during sentencing.

In 2015, Wong looked through sex workers' advertisements online and realised that he could not afford to engage their services.

The Singaporean then hatched a plan to create a post on online classifieds website Locanto, asking for paid escorts - whom he referred to as "sugar babes" - to supposedly provide sexual services to "sugar daddies" in exchange for cash.

Wong lied to them, claiming that he had clients who could pay them each between $8,000 and $20,000 a month for their services.

Deputy Public Prosecutors Cheng Yuxi and Tan Pei Wei stated in court documents: "He also told them that, in order to successfully secure a 'sugar daddy' arrangement with these clients, they had to send their nude photographs to the accused, have photographs taken of them in the nude, and/or engage in sexual conduct with the accused, which were filmed by the accused on some occasions.

"The accused further deceived the victims that these acts were necessary so that the victims could be 'evaluated' by his clients to assess their suitability for the 'sugar daddy' arrangement."

One of the victims, a 24-year-old woman, met Wong at a Hotel 81 branch on Oct 18, 2015, and he snapped her topless pictures. The pair then had unprotected sexual intercourse.

The woman started having anxiety attacks following this incident.

The prosecutors said: "She would sometimes cry during these attacks, and these were occasionally accompanied by shortness of breath, headaches, nausea and giddiness. In addition, she began having sleeping problems and nightmares."

The Institute of Mental Health later diagnosed the woman with adjustment disorder.

She begged Wong to delete her photographs on Jan 30, 2016. The conman then said that he would do so only if she agreed to "provide sexual services to him".

When the woman told him that she was doing him a "favour" by not going to the police, Wong replied: "Now I have to pass your photos to my friends, in case anything happens to me, they will use the photos as they wish."

The court heard that Wong also targeted at least 10 more women. His bail was set at $20,000 on Thursday and he will be sentenced on April 20.