Man posed as Caucasian on Tinder to get nude pictures, extorted victims for sex 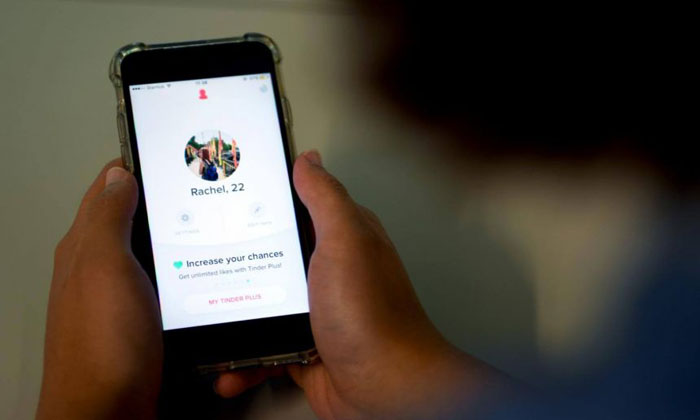 Posing as a Caucasian called Jake on dating platform Tinder, a man duped multiple women into sending him their nude pictures.

Ong Chun Siang threatened to expose the images when they ignored him or rejected his requests for sexual favours.

Deputy Public Prosecutor (DPP) Shen Wanqin said none of the victims succumbed to his threats even though they felt fearful, threatened and harassed.

Instead, they alerted the police and stopped communicating with Ong.

One charge under the Films Act and five others - three for harassment and two for criminal intimidation - linked to the pair and two other victims will be considered during sentencing.

Some time in 2018, Ong downloaded a photo of an unknown Caucasian and used it to create a profile on Tinder.

He pretended to be a man called Jake and got to know a 30-year-old on the platform on Dec 20 that year. They exchanged contact numbers and started chatting over messaging platform WhatsApp.

A week later, he sent her a message stating: "I wish I can see you in laces now."

The DPP said: "The victim expressed her discomfort with the accused's request and told him that she was worried he was not who he represented himself to be.

Ong later told her that he felt upset when he did not receive any photographs.

She finally sent him some nude pictures after he urged her to do so.

On Dec 29, 2018, Ong told the woman that he would not be meeting her and admitted that he had lied about his identity.

He also claimed that he had deleted her pictures when, in fact, he had not.

Ong sent her multiple WhatsApp messages two days later but she did not reply to them. He threatened to post her pictures on pornographic websites and social media platforms.

DPP Shen said Ong was "infuriated" when the woman stopped communicating with him on Jan 1, 2019.

To punish her, he set up a fake profile on dating app OkCupid showing her real name, age and mobile phone number without her knowledge and consent.

The prosecutor added that Ong stated on the profile that she was "looking for men" and "hookups". He further uploaded two nude photographs showing her breasts and face.

The woman started receiving messages from strangers asking for sex.

With her friends' help, she found the fake profile and told OkCupid to remove it. The platform did so on Jan 7, 2019.

The woman alerted the police and officers decided to ambush Ong. She duped him into thinking that they would be having sex and the pair met near a Middle Road hotel on Feb 8, 2019.

The court heard that he also committed similar offences against a 29-year-old woman whom he met on Tinder on Dec 23, 2018.

On Friday, defence lawyer Kalidass Murugaiyan told the court that his client has adjustment disorder. The court called for a report to assess Ong's suitability for a mandatory treatment order (MTO).

The court also called for a report to assess if he is suitable for a day reporting order (DRO).

DROs are administered by the Singapore Prison Service. Offenders have to report to a day reporting centre for monitoring and counselling, and will need to undergo rehabilitation.

Ong's case has been adjourned to next month.