Man pays $6.40 for meal at Woodlands coffeeshop -- because of 'atas' sides 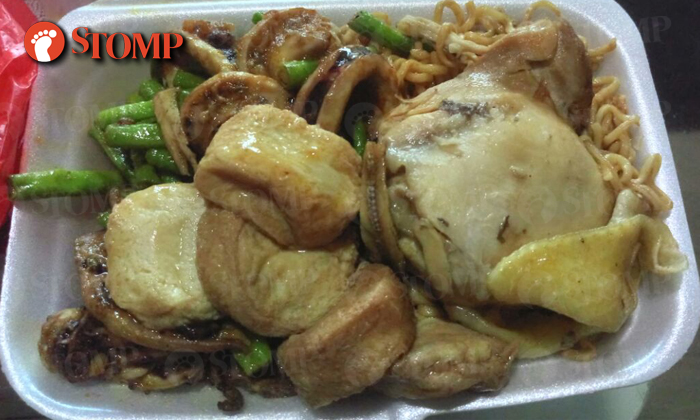 Stomper Jay was shocked when told that his economical noodles from a coffeeshop stall at Block 515A Woodlands Drive 14 costs $6.40.

He later realised it was because of the sotong in his long beans, which he had thought was a regular vegetable dish.

Jay thinks that is something all patrons can relate to, such as when your egg item is considered a meat dish just because of the minced meat that it contains.

"So, what atas sides did I order? Noodle + Herbal Chicken(1 standard thigh size) + Tofu + Long Beans (with sotong), even though I just wanted the long beans, but no choice right...

Related Stories
$9.30? This economy rice isn't economical at all
Toa Payoh eatery serves the most 'atas' beansprouts -- which cost $6
Netizens aren't impressed with $17.50 'fish and chips' from Marina Bay restaurant -- and neither is Gordon Ramsay
expensive
food
funny
coffeeshop
woodlands