Man passes out at ZoukOut: "He dropped right in front of me", says witness 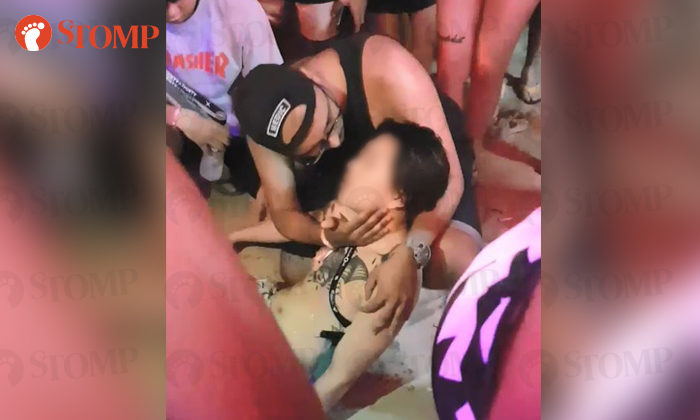 Stomper Adrian was enjoying Axwell Λ Ingrosso's set at the ZoukOut music festival when suddenly a man passed out in front of him.

"He dropped right in front of me," said the Stomper.

The incident happened towards the end of the duo's set at around 5am on Dec 10.

Adrian told Stomp, "I was at the DBS booth enjoying the music when suddenly there was a commotion."

The Stomper had heard someone call the unconscious man 'Edmund'. The man wearing the cap, together with Edmund's friends helped to carry Edmund and set him down at the booth.

"Apparently, he was not responding and his group of friends started shouting his name and crying. They thought he was dead," said the Stomper.

Water was poured on his head. His leg was also shaking uncontrollably, according to the Stomper.

He added that the man wearing the cap who had helped the unconscious man was apparently a medic.

The man assessed that Edmund was not breathing properly and that he had a weak pulse.

The unconscious was later carried to the medical booth by St John's ambulance officers.

Hailing him as a hero, the Stomper added that the man 'never left Edmund's side and kept talking to him to make sure Edmund responded to him.'

In a statement, Zouk told Stomp, "We've checked with our security team and confirmed the man in question passed out. He was then brought to the Sapphire Hall by the medic on station."

"Upon further investigation and checks by the medic, we confirmed that he was extremely drunk and passed out."

Zouk added that there were no signs of drug usage.