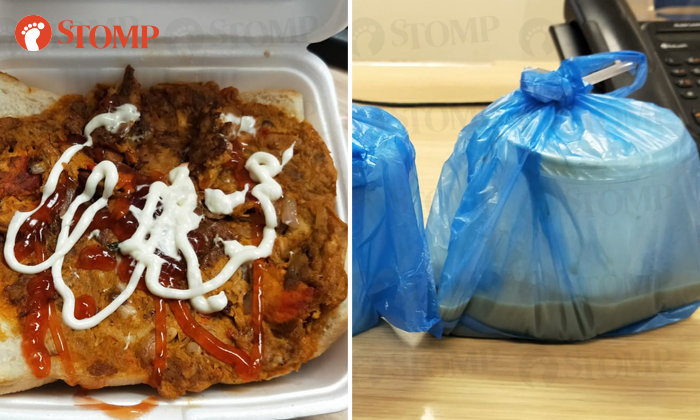 A man was upset by how he supposedly received the wrong orders, poor service and lousy food from an eatery in Taman Jurong.

He told Stomp: "It's the worst food I ever tasted and they gave me all wrong orders. I feel cheated.

"Let me share photos of the food and drinks so all of you can see what kind of packing and service they have. 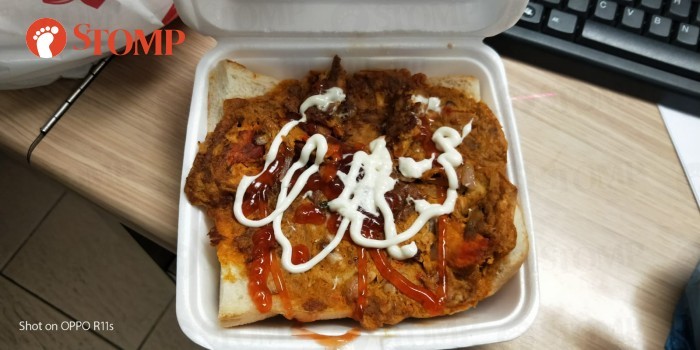 "I ordered Roti John, but see what kind of food they gave me. 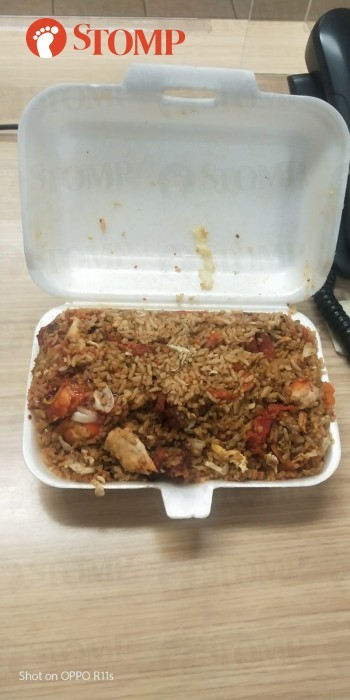 "I ordered Tom Yum Fried Rice, but see how I got Chicken Fried Rice. 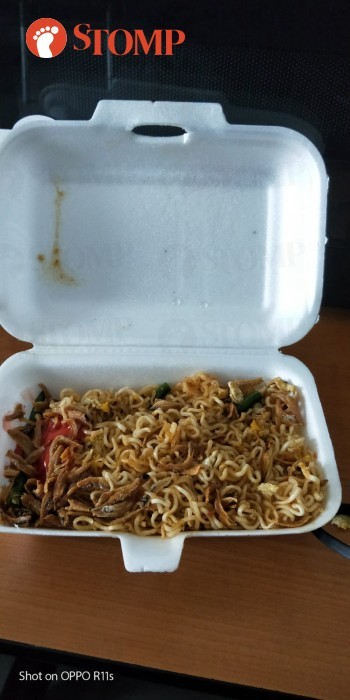 "I ordered Maggi noodles, but I got Maggi with no taste. 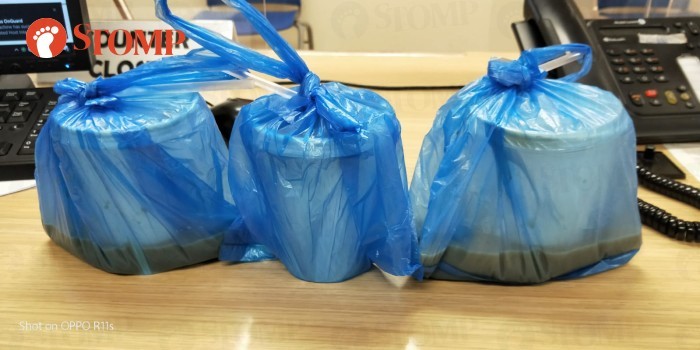 "I ordered Iced Teh Cino, but see what cups they gave me. They still had the cheek to charge me $3.20 for each freaking* cup.

"I also ordered chicken nuggets, but got a totally different item (another Roti John).

"When I called the stall and asked them why like that, they still can just say, 'Ooh sorry we only have two people.'

"Only two people working in that big shop? What are the rest doing? Plucking grass outside is it?!!!!! What the hell!"

"And don't tell me they don't know how to see or read my order from the delivery app. What the hell... damn pissed off."

*A ruder F-word was used.

In one business listing, Al Afrida has an average one-star rating based on four Google reviews, including one from the Stomper. 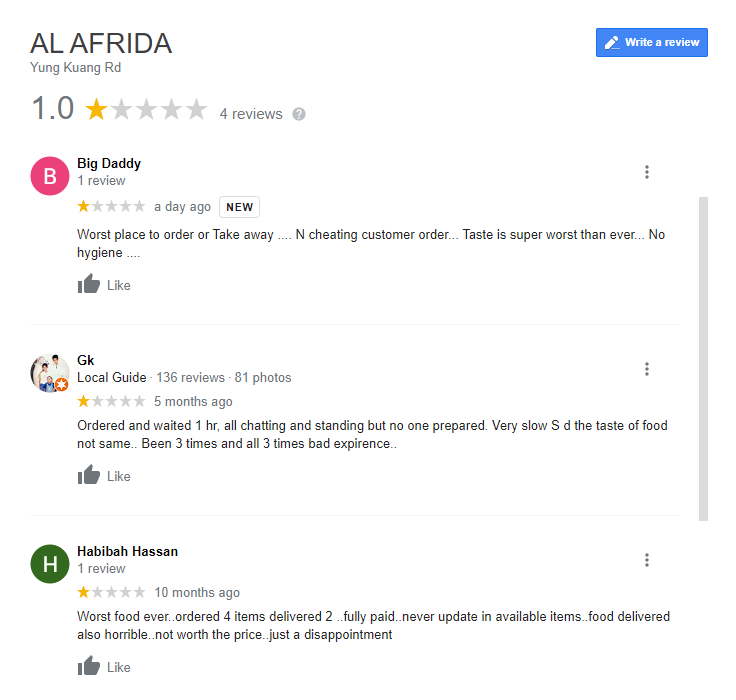 One customer said all three experiences he had with Al Afrida were bad, while another echoed BD's sentiment that the eatery had the "worst food ever".

Al Afrida appears to have a duplicate business listing, in which it fared better with an overall 3.4 star rating out of 14 reviews.