Security officer out on bail for breaching Covid-19 measures gets drunk at work, swears at police 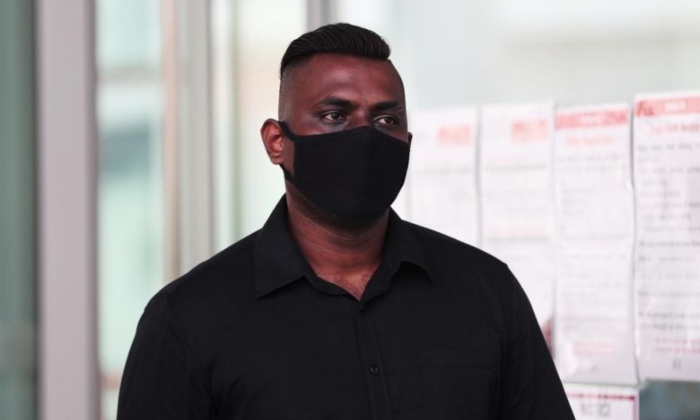 While he was out on bail for breaching Covid-19 measures, a 30-year-old went on a drunken bender in the middle of his shift as a security officer, which saw him shouting profanities at police officers after being taken to hospital.

On Friday (Aug 14), Kumaran Roy Rajendran was sentenced to one week in jail and a $4,700 fine for his various offences.

The court heard that at about 1.50pm on April 18, Kumaran went to a market at Commonwealth Crescent without a mask, using his shirt to cover his mouth.

Three SG Clean ambassadors approached him but Kumaran insisted that his shirt was sufficient.

He then tried to order food from a hawker stall but the stall holder refused to serve him with the authorities nearby.

Agitated, he scolded one of the SG Clean ambassadors using vulgarities, while another ambassador called the police.

Kumaran then walked directly to the second ambassador and pushed the 39-year-old man on the shoulder before leaving the market.

He was subsequently arrested, charged with breaking Covid-19 rules on May 15, and released on bail.

Just nine days later, on May 24, Kumaran sneaked out for drinks at 3am with his friends during his night shift as a security guard at Science Park Drive.

Some two hours later, he fell near his security post in a drunken stupor and paramedics were called. He was taken to National University Hospital (NUH).

When he came to, he became agitated at NUH staff when he could not find his belongings, prompting security officers at the hospital to call the police.

As he reeked of alcohol, the police tried to arrest him on suspicion he had breached liquor consumption rules.

However, Kumaran resisted arrest and, owing to his large size, three police officers and two security officers had to subdue him and escort him to the police car.

While locked up in the Police Cantonment Complex he hurled expletives at police officers in Hokkien and English.

Kumaran was convicted of four charges related to breaching Covid-19 rules, using criminal force on the SG Clean ambassador, breaching regulations of the private security industry and harassing police officers while they were executing their duty. Three other charges were taken into consideration during sentencing.

In sentencing Kumaran, who was not represented, District Judge Jasvender Kaur acknowledged the severity of Kumaran drinking on the job. With regard to his refusal to wear a mask, she said: "(Wearing a mask) is not only mandated but it is in essence a simple act of caring for each other during this pandemic."