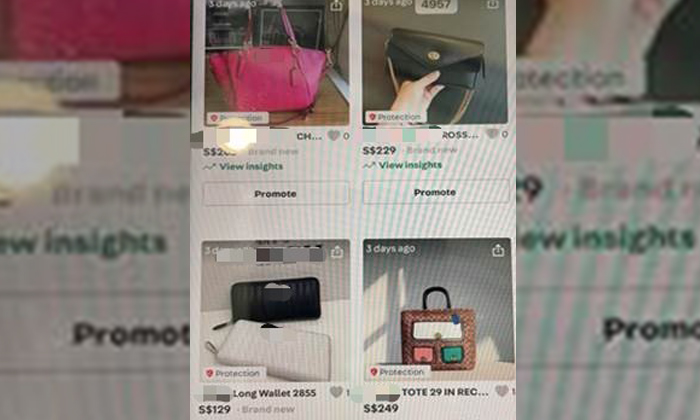 A 29-year-old man was arrested for his suspected involvement in a series of cheating cases after allegedly selling counterfeit goods that he passed off as authentic.

The police received several reports between March and August 2021, from victims who said they had been cheated into purchasing counterfeit luxury goods, such as handbags, from an online seller on Carousell.

"In the seller’s online advertisements, the goods were claimed to be authentic and was selling at a lower price," police added.

"Investigations revealed that the seller would allegedly order the goods from a foreign e-commerce platform after he had received payments from the victims.

"The seller would subsequently deliver the goods to the victims."

Through investigations, officers from Ang Mo Kio Police Division established the identity of the online seller and arrested him on September 15.

Preliminary investigations revealed he is believed to be involved in other similar cases.

The man was charged in court on Friday with cheating, which carries an imprisonment term of up to ten years and a fine.

The police also advised members of the public to take the following precautions when making online purchases: