Man opens lorry door to confront driver after road dispute, reaches in, then slams it close 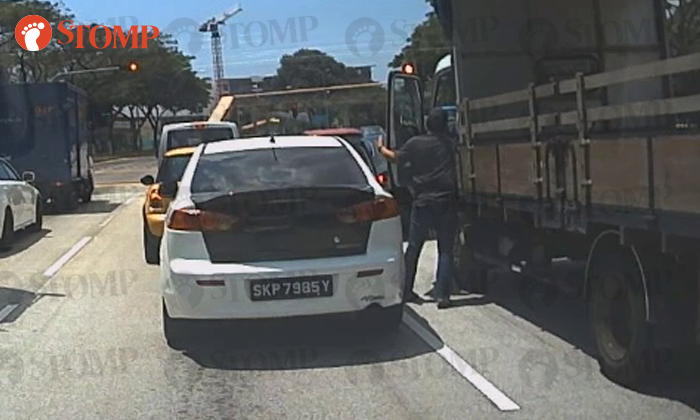 A driver was caught on camera turning aggressive and confronting another motorist whom he had gotten into a road dispute with.

Stomper MP contributed a video of the road rage incident, which occurred in Kaki Bukit and towards Still Road.

According to a time-stamp on the clip, the incident took place at around 12.17pm on April 5.

The dispute apparently started because the lorry had "disrupted the car driver's lane-cutting power," said a caption on the 03:45 video.

In the video, the car driver can be seen exiting his vehicle to confront the lorry driver at a traffic light stop.

The car driver, who was also filmed filtering across four lanes, is said to have deliberately blocked the lorry's driver way by cutting in front of him as well.