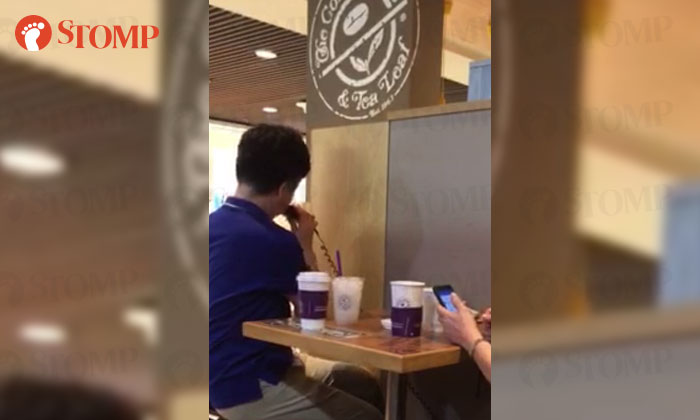 It is not uncommon to see patrons at cafes carrying out activities like reading, studying and sewing while enjoying their favourite brew.

However, one guy caught the attention of fellow cafe goers when he started shaving his face with an electric shaver while seated at The Coffee Bean and Tea Leaf at Kallang Wave Mall on Aug 7.

Stomper Kim was at the outlet at about 10.30am when she saw the man grooming himself in public.

"A staff member came around to hand the man a cup of ice that he requested but did nothing to stop him," she said.

"The man stopped shaving, thanked him and then continued!

"He was at it for a good seven minutes before we left in disgust and still, he continued."

Kim told Stomp that she could see hair falling to the floor as the man went about his business.

"It was disgusting!" she said.

"How anyone could have the cheek to do this shameful, unhygienic deed?

"This is at a cafe in a clean, pleasant environment.

"What happened to civic consciousness?

"We commented on his action aloud but he remained oblivious, his partner included.

"He was even aware I filmed him!"