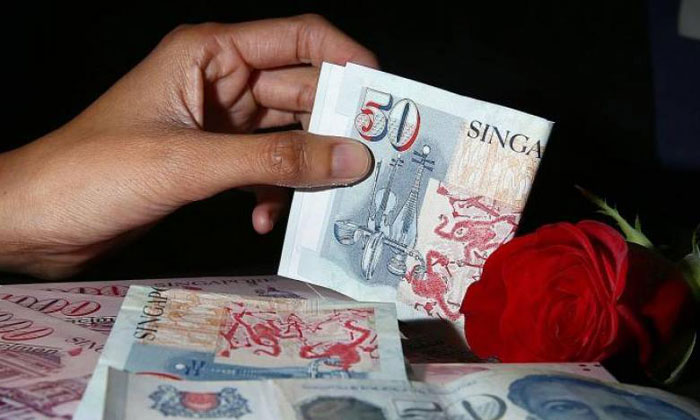 A 64-year-old man targeted his neighbours' son and daughter, getting them to perform oral sex on him in exchange for money and cigarettes.

He started exploiting the boy in 2016 - when he was 13 - before setting his sights on the girl a year later when she was of the same age.

All three cannot be named due to a gag order to protect the victims' identities.

The man pleaded guilty on Monday (July 26) to four charges for sexually penetrating a minor under 14.

Eleven other charges will be taken into consideration during sentencing at a later date. These include four for exhibiting pornographic videos to a person under 21.

The court heard that the man was working as a dishwasher and lived alone in a Housing Board flat.

He became acquainted with the victims through their father, who would occasionally invite him to their unit in the same block.

The man would drink with the victims' parents and ask them for cigarettes.

Some time in the first half of 2016, the boy visited the man's flat. He had done so before on two occasions to get cigarettes.

The two then smoked and watched pornography on a laptop, before the man asked the boy for oral sex. When the teenager complied, the man gave him $20 and cigarettes, and told him not to tell anyone.

The boy did the same act again in mid-2016. He had gone to the flat as he knew that the man would offer money and cigarettes for sexual services, the court heard.

In May 2017, the other victim went to the flat for cigarettes. She heard from her brother that the man had previously given him some.

The man asked the girl to remove her shirt after they smoked together.

She did not want to do so but later complied when he repeatedly insisted.

He squeezed her breasts and got her to perform oral sex.

The man passed her $40 and told her not to tell anyone.

She repeated what she did a few days later, and received cigarettes and $50.

The offences were discovered during investigations following an unrelated police report made by the girl on Nov 2, 2019. She alleged that her father raped her.

On Monday, Justice Aedit Abdullah called for a report assessing the man's suitability for preventive detention - a regime for recalcitrant offenders that does not offer the usual one-third remission for good behaviour.

Deputy public prosecutors (DPPs) Victoria Ting and Kevin Ho had urged the court to do so in their submissions, adding that a detailed psychiatric assessment of the man's risk of reoffending would help in determining the appropriate sentence.

They highlighted the man's long criminal history - which started when he was 15 and included drug-related offences and robbery - and argued that he had an inclination to reoffend.

The DPPs noted that his current offences were similar to the ones he committed in 1999, in which he lured a boy to an empty building, molested him and tried to get him to perform oral sex. He was given five years of corrective training with six strokes of the cane.

Said the DPPs: "There is genuine concern that, given the opportunity, the accused may again sexually exploit vulnerable minors to satisfy his sexual desires."

Offenders guilty of sexually penetrating a person under 14 can be jailed for up to 20 years, and caned or fined. The man cannot be caned as he is above 50 years old.

Related Stories
Man sexually assaulted daughter from when she 10 to 14 years old, warned her not to tell anyone
Man sexually abused daughter since she was 3 and started raping her at 9, preyed on her best friend
Man sexually abused 2 sons of single mum he sheltered at his flat after wife rejected sex due to UTI
More About:
underage
sex
sexual grooming
sexual abuse
children
money
cigarette
court