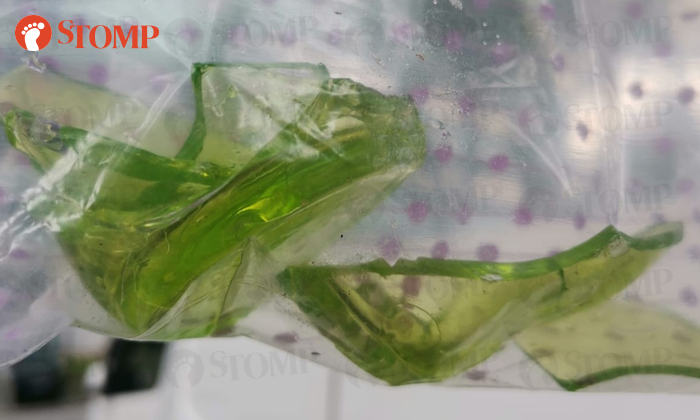 Police are investigating a case of rash act in which a man was nearly hit by killer litter in Ang Mo Kio on Monday (May 17).

Stomper Francis, a resident in the vicinity, said the incident occurred at Block 469 Ang Mo Kio Avenue 10 at around 1.35pm.

Describing it to be a "near-death experience", Francis recounted: "A glass bottle fell three seconds after I stepped into the void deck shelter.

"I reported it to the police. They came, interviewed me and took some photos.

"There were four old folks sitting at the void deck who witnessed what happened and told me that this is quite common. I had also previously encountered food being thrown down at the same spot.

"I personally picked up the shattered glass and went door to door to ask residents for more information. I covered 12 storeys and around half of the units were not occupied as it was working hours.

"There were many elderly residents and all of them were quite friendly. I didn't spot anyone suspicious.

"I was thinking that by doing this, at least the culprit would be aware that there are people checking and they would think thrice about doing the same thing again."

In response to a Stomp query, the police said they were alerted to a case of rash act at the block at 1.40pm.