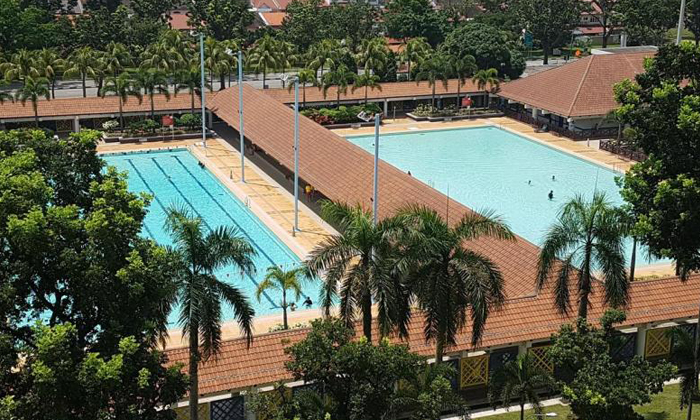 He was swimming at Hougang Swimming Complex on Sept 12 last year when he saw a group of young girls and boys enter the pool for a swimming lesson.

As Indian national Job Mathew Panakkal, 37, swam near the girls, he felt the urge to touch them.

He molested six girls that evening, deliberately stretching out his hand as he swam past, touching and squeezing their thighs, legs and buttocks.

Yesterday, Panakkal was jailed for 20 weeks after pleading guilty to three counts of outraging the modesty of girls below 14.

Four other similar charges were taken into consideration.

Deputy Public Prosecutor Victoria Ting cited the victims' young age and the offences being committed at a public pool as aggravating factors.

She told the court: "There is close proximity, which the accused exploited."

Panakkal, an infrastructure engineer at the time, was nabbed after a social worker taking care of the children made an online police report the next day.

According to court documents, the social worker reported that even as the girls tried to swim away from Panakkal, he would swim faster and touch them.

One of the girls, who was touched on her right thigh, noticed Panakkal continued following her until she swam between other swimmers in a group.

Two girls, aged 10 and 12, turned after they were touched and saw Panakkal. Feeling outraged, they told the swimming instructor.

The police released an appeal for information and, according to a statement, Panakkal was arrested at Hougang Avenue 2 on Sept 24 after follow-up investigations by officers from Ang Mo Kio Police Division.

Defence counsel James Ow Yong said Panakkal was deeply remorseful for what was a one-off incident that was completely outside of his character and nature.

Mr Ow Yong said Panakkal is active in community and church activities involving children and has not received any complaints.

Due to the case, he has also been staying here without a job for months and lived in constant anxiety, the lawyer said.

District Judge Ng Cheng Thiam said those using public pools should be able to do so without intrusion from other parties and the court ought to give a deterrent sentence, especially for offences of a sexual nature.

Related Stories
Doctor molested 4 women at MBS rooftop infinity pool while on holiday with wife
Principal allegedly molested seven boys in 2017 at secondary school he headed
Man cries while sharing life story with stranger -- then molests her because she is 'his type'
More About:
molest
swimming pool