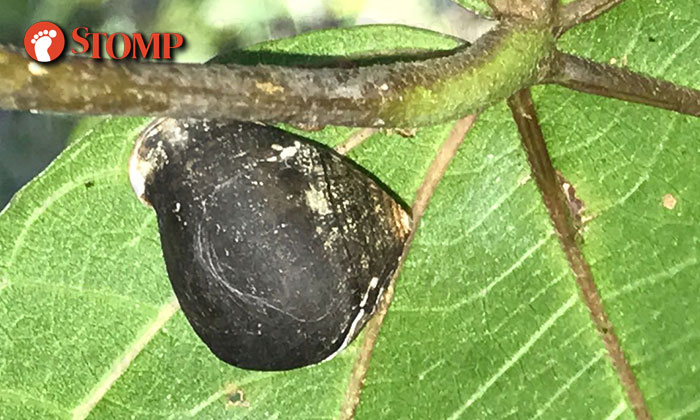 Stomper Lau Lup was in Coney Island last Friday (Jun 16) when he came across some interesting snails in a mangrove.

Apparently, the snails had shells the shapes of polygons, as compared to the snails he had chanced upon in Woodlands, which were pyramidal in shape.

"The interesting thing is both snails have the same shell shape but totally different colour!

"I wonder why these snails have evolved into such complex shape and with teeth on its shell opening?”

"They were found in close proximity next to each other.

"I went home and referred to the guide book on local snails, I was able to identify the snail species with relative ease due to its peculiar shape.

According to Lau Lup, the snails were apparently Pythia trigona.

Related Stories
Man sees school of fish at Punggol Beach -- but is surprised when they get into 'creepy' formation
Can you see the "sinister human face" on this spider found in Hougang?
Pyramid-like snails and shrimp-like bugs emerge from brick wall after rain at Woodlands
More About:
snails
Lau Lup
nature
Coney Island
animals