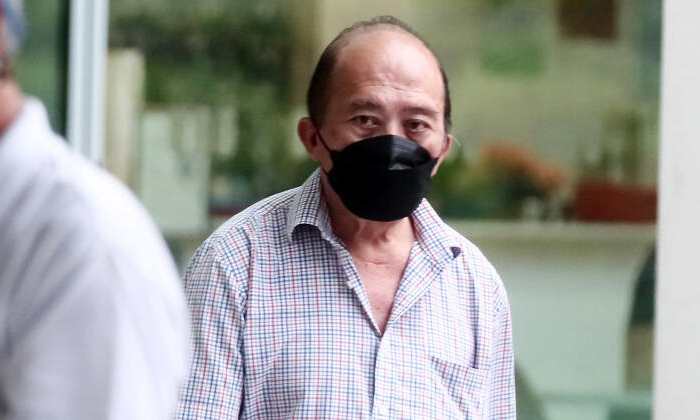 A man who felt that his former boss owed him $500 in salary disliked the latter so much that he made a threatening phone call to him more than 20 years after leaving the job.

He used to work for Mr Neo Hong Chye, 60, but court documents do not disclose details about his former job.

Seet was on his way home from grocery shopping at around 8pm on Feb 9 last year when he recalled how he left the job more than 20 years ago as he was unhappy with Mr Neo.

Court documents do not state what triggered his memory about it.

Deputy Public Prosecutor Angela Ang said: "The accused felt that he was owed an additional $500 in salary by the complainant, and therefore harboured hatred against him."

Seet then went to a public payphone in Aljunied Avenue 2 and called Mr Neo's office number.

Mr Neo, who was in the office with his three sons, answered the call.

DPP Ang added: "The accused then threatened the complainant by telling the complainant words to the effect of 'your whole family die' in Hokkien and uttering a Hokkien sexual vulgarity against (his) mother.

"As the complainant did not recognise the number on the line and was not aware of anyone with a vendetta against him and his family, he asked for the accused's name, and asked the accused if he owed him any money."

Seet refused to disclose his name and warned Mr Neo not to call the police before hanging up.

Alarmed by the call, Mr Neo told his sons about the threat and made a police report later that evening.

Officers managed to trace the call to a public payphone.

They also managed to establish Seet's identity after trawling through multiple video footage from the cameras in the vicinity.

The clips showed him making the call before leaving the scene, the court heard.