Man made $23,000 worth of unauthorised purchases with stolen credit card details 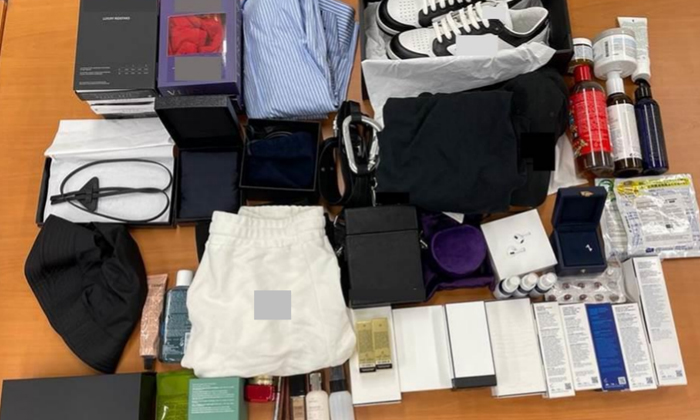 A 22-year-old man was arrested for using stolen credit card details to make more than 80 unauthorised purchases amounting to over $23,000.

The police received a report on March 1, at around 4.40pm, from a victim who discovered that several unauthorised transactions had allegedly been made with his missing credit card.

"Preliminary investigations revealed that during a meet up, the man had allegedly misappropriated the victim’s credit card details and later used it to make more than 80 unauthorised transactions amounting to more than $23,000," police said.

Some of the items that were purportedly purchased using the victim’s credit card details included small value purchases at supermarkets, transport top-ups and food deliveries, a branded bag, and apparels.

Through follow-up investigations, officers from the Commercial Affairs Department established the man's dentity and arrested him on Thursday (Mar 3).

Various apparel, shoes, skincare products and a handbag which were allegedly purchased using the stolen credit card details were recovered and seized as case exhibits.

The man was charged in court on Saturday with cheating, which carries a jail term of up to 10 years and a fine.