Man lured girl to his home, sexually assaulted her and then chased her out 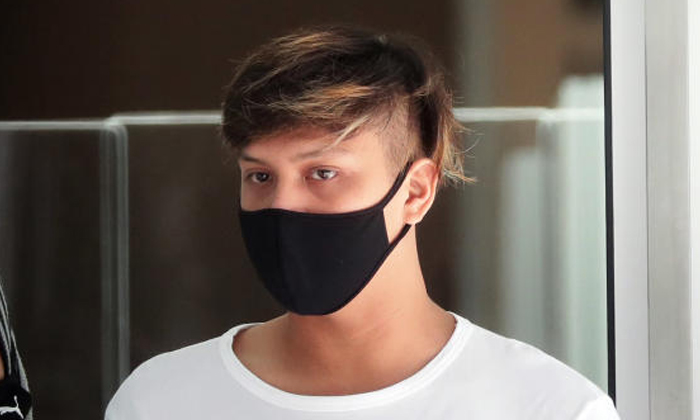 A man was under investigation for sexual offences involving two minors when he lured a 17-year-old girl to his home and sexually penetrated her without her consent.

On Monday (Dec 27), Ammar Bakhtiar Md Ali, now 23, was sentenced to six years and 10 months' jail with three strokes of the cane.

The Singaporean had pleaded guilty to one count each of sexually assaulting the 17-year-old victim and having sex with a 12-year girl in an unrelated incident.

Five other charges including those linked to his other victims were considered during sentencing. They cannot be named due to a gag order to protect their identities.

Ammar, who met the 12-year-old girl in 2016, invited her to his Jurong West flat in June that year to play games on his Xbox console.

Deputy Public Prosecutor Claire Poh said: "The accused's real intention of this invite was so that he could use (the girl) to satisfy his sexual desires... The accused knew that young individuals like (her tend) to look towards older individuals like himself as presenting some level of maturity, and he therefore intended to exploit (her) naivete."

When they reached the flat, Ammar took the girl to his room and they had unprotected sexual intercourse.

In February 2017, she told a counsellor about the incident, and the police were alerted.

Ammar was under investigation for sexual offences against her and another minor when he and the 17-year-old girl started messaging each other on social media the following year. On July 2, 2018, he sent her multiple messages asking to meet her.

DPP Poh told the court: "The accused's real intention was to have sex with (her) and... satisfy his lust. (The girl) was initially reluctant when the accused suggested the meeting, as she was concerned that (his) girlfriend would feel jealous."

The prosecutor added that to lure the victim out, Ammar falsely represented that his friend and the friend's girlfriend would be present at the meeting. He also claimed that he would feel "awkward" if she did not join them.

The girl met Ammar near Pioneer Mall in Jurong West at around 12.20am the next day and they met his friend, who was without his girlfriend.

The trio later went to Ammar's home where he and the friend played a game on his PlayStation console in a bedroom.

When the friend left the room, Ammar asked the girl for sex, but she rejected his advances.

Despite this, he sexually penetrated the girl without her consent and stopped only when she pushed his chest. He then chased her out of his home.

The court heard that he also wanted to ensure his sexual offence against her did not come to light.

DPP Poh said: "He sent her texts to the effect that her 'dignity' was at stake in the event that the incident was exposed, and that she should therefore keep the matter to herself and to delete all communications between them concerning the... incident."

The girl was not swayed by his words and made a police report around 11.20am that day.

Ammar's bail was set at $20,000 on Monday and he was ordered to surrender himself at the State Courts on Jan 20 next year to begin serving his sentence.