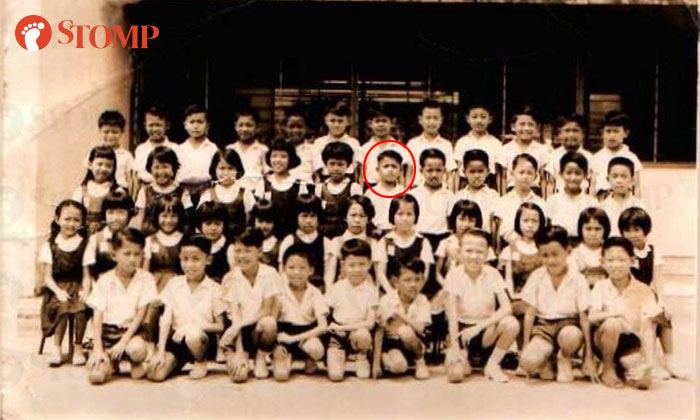 William Loh is looking to reunite with classmates from his Primary 2 class while he was studying at the now-closed Tanjong Rhu Primary School in 1968.

Stomper Ann, who works for William, suggested that he try looking for them via Stomp.

"I have reconnected with about 20 of my former classmates through friends and Facebook but I think I've exhausted these avenues," he said.

"When Ann suggested using Stomp I thought I'd give it a try."

William and the friends he has managed to keep in contact with meet a couple of times a year for reunion dinners during Chinese New Year and even for short getaways.

They have organised yearly trips to Vietnam, Malaysia and Thailand.

At the most recent reunion dinner, they talked about how it would be great if they could connect with the rest of the class of 44 students.

When asked why this particular class had a special place in his heart, William fondly recalled how his class was "notorious" for being naughty.

"We would play hantam bola and catch spiders together," he said.

"We have known each other for 50 years.

"I think it's wonderful and our friendship is very meaningful."

Ann is rooting for William to find his former classmates too: "I hope Singaporeans can check with their parents or even grandparents if they happened to be a student of the former Tanjong Rhu Primary School."

If you were a student or know a student who was in the same class as William in 1968, kindly contact Stomp at stomp@stomp.com.sg or WhatsApp 9384 3761.

Related Stories
Family looking for brother who was given away days after his birth 54 years ago
Man from USA offering $1k reward in hopes of reconnecting with old friend after 44 years
Woman looking for biological parents after adoptive mum passes away
More About:
reunion
looking for
classmates