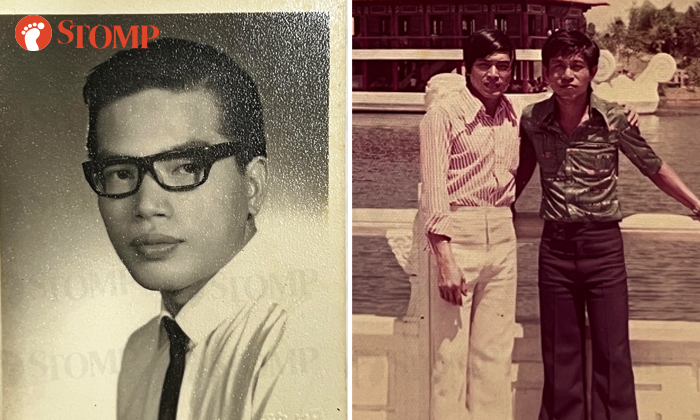 Found: Elderly man 'over the moon' to reconnect with long-lost friend after Stomp report

An elderly man is looking to reconnect with a long-lost friend whom he first met in Malaysia and later worked with at Jurong Shipyard.

Stomper Ivan said his father-in-law, who is 75 years old, is looking for a friend named Lim Kah Seng.

Ivan shared: "I am helping my father-in-law to search for his long-lost friend whom he first met in Batu Pahat. They later worked together at Jurong Shipyard in the 1960s.

"Mr Lim was born in Batu Pahat but is now a Singaporean. He should currently be around 75-77 years old.

"He worked as a welder in Jurong Shipyard while my father-in-law worked as a mechanic back in 1960s.

"He used to stay at Block 321 Clementi Avenue 5 but moved to Block 447 Jurong West Street 42 after he got married."

According to Ivan, his father-in-law had to return to Penang sometime in 1979 or 1980 but managed to stay in contact with Mr Lim until 1985. The two friends have been out of touch ever since.

Ivan said: "Back in the day, Mr Lim and his family were very kind and nice to my father-in-law so he hopes to be able to get in touch with Mr Lim again.

"I hope my father-in-law can fulfil his wish to locate his long-lost friend."