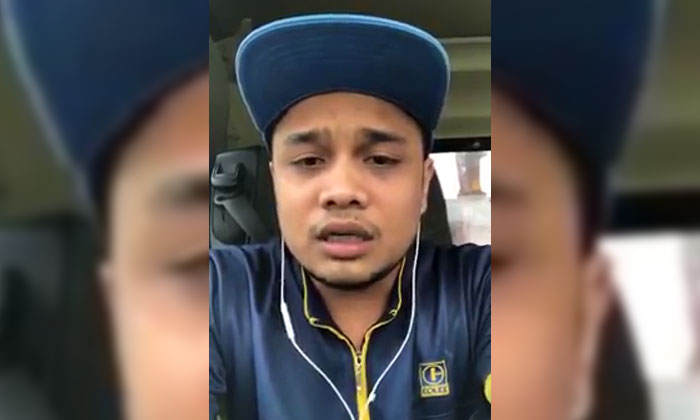 A man is appealing for help to find his long-lost father whom he has not seen in 18 years.

Mohd Firdaus Bin Nor Alam, 30, shared a video of his appeal and hopes with the power of social media he can find his father, Nor Alam Bin Abdullah.

Stomper Ashim alerted Stomp to the video that has been circulating on WhatsApp.

In the video, Firdaus says that the last time he saw his father was when he was 12 years old.

He said that he made an announcement on a local radio station last year, hoping to reach out to his father but it was to no avail.

"I still have not found him," said Firdaus in Malay.

"I'm hoping that this video will help me find my father."

Getting emotional, he then addresses his dad directly:

"If you are watching this, I want to say that I miss you.

"You have three grandchildren now

"I want to hug you and kiss your hand.

He adds that it is his wish to see his father during Hari Raya this year,

Hari Raya Puasa, which falls on Jun 15 this year, marks the end of the fasting month of Ramadan.

It is a time of forgiveness within the Muslim community and a time for the strengthening of bonds among relatives and friends.

"I want to give a thousand thanks to those who share this video to help me find my father," Firdaus says at the end of the video.

Stomp reached out to Firdaus who said that he lost contact with his father due to "family problems".

"My parents divorced when I was a toddler and my dad came to visit me from time to time up until I was 12," he said.

"I remember the last time I saw him was at Geylang.

He said that his mother had told him to ask his dad for money and that the situation became complicated when his mother sought out maintenance fees from her ex-husband.

Despite the past, Firdaus hopes that he can reunite with his father.

If you have any information about Nor Alam Bin Abdullah, kindly contact Stomp at stomp@stomp.com.sg or WhatsApp 9384 3761.