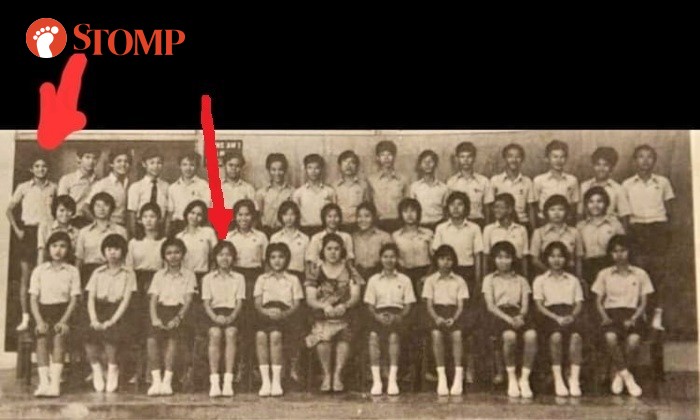 Inspired by someone from his old school looking for an ex-classmate on Stomp, another former student from Buona Vista Secondary School is doing the same.

He told Stomp: "I just happened to see on Stomp my ex-schoolmate looking for his classmate."

That ex-schoolmate is Stomper Eddie, who is looking for a former classmate named Loke Wai Ching.

Aaron contacted Stomp, which helped him get in touch with Eddie.

Eddie said: "He's not the ex-classmate that I'm looking for, but he was in my cohort."

Eddie sent Aaron a photo of Aaron's 1977 class of Secondary 3G and now Aaron wants to reconnect with those old classmates.

"I hope to rekindle that past memory and repay those who had helped me during my difficult time in the 70s and apologise to those whom I have hurt," said Aaron.

But he admitted that there is one specific person he wants to find.

"Actually, I'm looking for a classmate named Sau Yong in particular," said Aaron. "We were both in Secondary 3G in 1977.

"She was the one who was close to me and empathetic towards me despite my bad behaviour. She helped me financially if I can recall. She used to live in Clementi. I'm not sure where she lives today.

"I left school before completing Secondary 3 because I was the black sheep of the class, but she never looked down on me.

"I want to repay her or at least let her know I am grateful to her."

If you are Sau Yong, have any information about her or was in the same class as Aaron in 1977, kindly contact Stomp at stomp@sph.com.sg or WhatsApp 9384 3761.

Related Stories
Man looking for ex-classmate from school that doesn't exist anymore
Man looking for 'most polite and gentle' long-lost buddy as life is short
Group who lived together in London in the 1970s looking for long-lost friend
More About:
looking for
classmates
secondary school