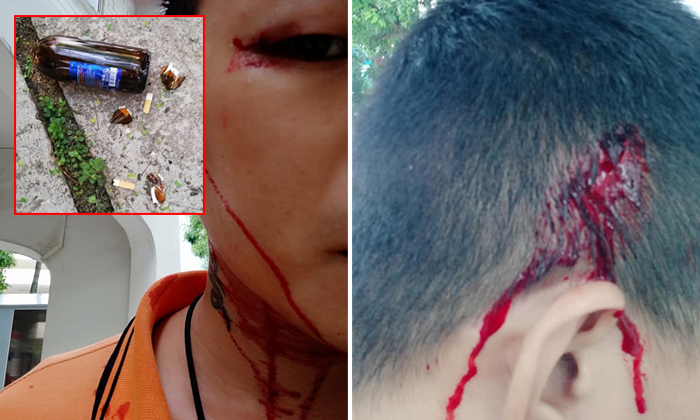 A 25-year-old man was injured after allegedly being attacked by a stranger at Block 133 Geylang East Avenue 1 on Tuesday morning (June 4).

In response to a Stomp query, the police said they were alerted to a case of voluntarily causing hurt by dangerous weapons at 8.31am.

The man was conscious when taken to Raffles Hospital, where he received four stitches on his head.

Facebook user Wei Xiaobao posted photos of his injuries and wrote: "Ridiculous, sitting at the void deck quietly early in the morning when a psycho used a beer bottle to smash [me] from behind."

When contacted by Stomp, Wei said he had been sitting down on the ground, near the motorcycle parking lots at the block, and eating breakfast when he heard a commotion.

He recounted: "It sounded like someone was fighting. Naturally, I looked over to find out what the noise was and saw an uncle using an umbrella to hit something like a tree or lamppost.

"When the uncle saw me looking at him, he ran over and swung his umbrella at me, though the umbrella didn't really hit me.

"I asked him why he had done that. He mumbled something unintelligible and left."

Wei then continued eating his breakfast and using his handphone.

However, around ten minutes later, he felt something smashing into the back of his head.

Wei told Stomp: "I immediately stood up and saw the uncle holding a beer bottle in his hand.

"I asked him why he had hit me for no reason and what had I done wrong." 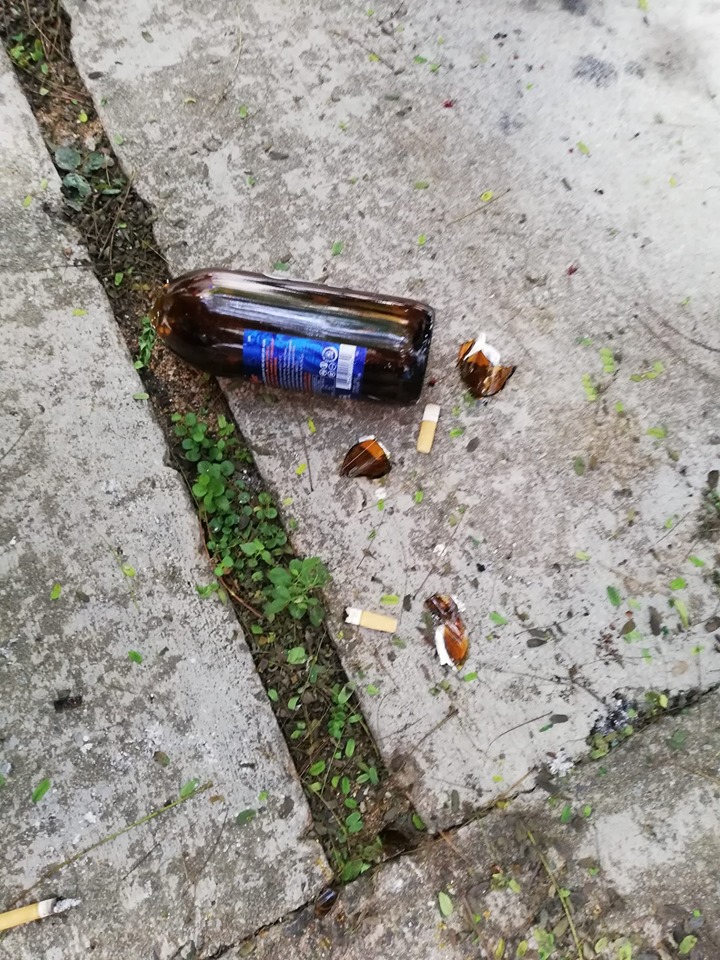 According to Wei, he tried using his mobile phone to take a photo of the man's face to use as evidence for when he made a police report.

"The uncle immediately turned around and walked away. I followed him for some distance but he refused to turn his head," said Wei, who eventually gave up his pursuit due to his injury.

Wei then called the ambulance and police.

He added: "The police said they would let me know when they catch the man.

"I was attacked for nothing. It's really unfair and all I want is justice."