Man leads police on car chase after being stopped for using phone while driving, injures officer 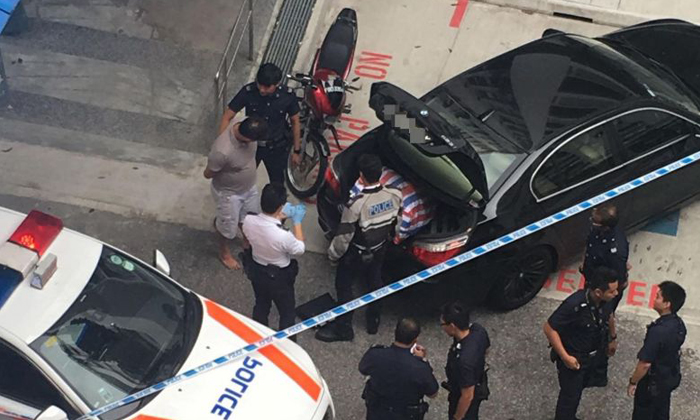 A man who was stopped by the Traffic Police (TP) led them on a car chase from the Bukit Timah Expressway (BKE) to the Seletar Expressway (SLE), then ended up at Block 335, Woodlands Street 32, where he was arrested.

According to Lianhe Wanbao, the 35-year-old man had been stopped along the BKE at around 8am on Dec 3 for using his phone while driving.

However, he refused to comply with a TP officer's instructions to stop and sped off instead.

At Woodlands, he exited his vehicle and fled barefoot.

When the police caught up with him, he put up a struggle and injured a 31-year-old TP officer in the process, reported The Straits Times.

The officer sustained minor injuries and was taken to Khoo Teck Puat Hospital.

The driver, who was found with contraband cigarettes in his car, was arrested for traffic- and customs-related offences.

He is believed to have been heading for Woodlands Checkpoint before the car chase occurred, said Wanbao.