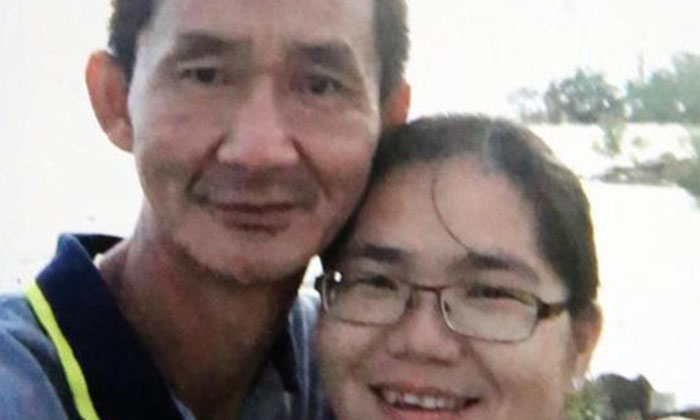 A man who was fatally struck by two different trains after falling onto the tracks at Fajar LRT Station had drunk about four bottles of beer prior to the accident.

According to Lianhe Wanbao via Lianhe Zaobao, the deceased, Ang Boon Tong, 43, had drunk alcohol while having a meal with his wife, Madam Lee Yoon Cheng, in a foodcourt at the station.

He continued drinking with some friends after dinner, and his wife had gone home first.

At around 12.32am, Mr Ang left the foodcourt and walked towards the LRT platform, alone.

Passers-by noticed that he was unsteady in his steps.

At around 12.42am, a train pulled over at the station, and CCTV footage on the platform revealed that Mr Ang had attempted to board the train.

However, he was too late and the train had already pulled away.

He suddenly fell from the platform, onto the tracks and laid there for around three minutes, before rolling to his left.

At 12.48am, a train pulled up at the platform, and an SMRT staff member heard a sound, but did not investigate it, continuing with his trip.

Another train then pulled up ten minutes later at 12.58am, and a train service controller noticed that the train’s carriage had jerked upwards.

The police were alerted at around 1am and Mr Ang was pronounced dead by a paramedic on the scene at 2.20am.

State Coroner Marvin Bay found Mr Ang’s death to be a ‘truly tragic misadventure’, and revealed that he had 232 milligrams (mg) of alcohol in 100ml of blood, almost three times the legal limit for motorists.