Man kicks and stomps on chickens in Hougang, whacks them with slipper 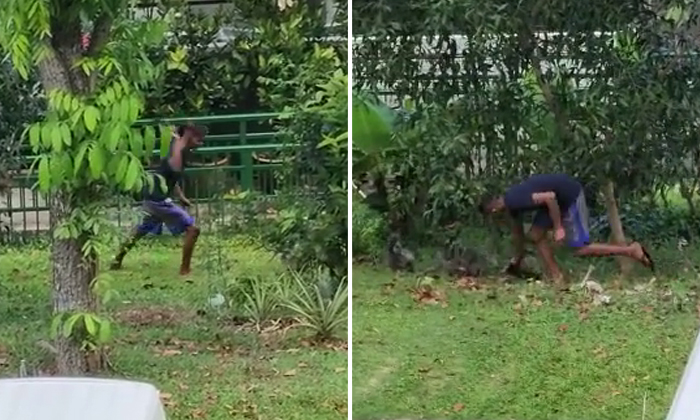 A man was caught on video committing a senseless act of violence – towards a small flock of chickens.

The video was uploaded by Wendy Leong on the Singapore Wildlife Sightings Facebook group.

According to Leong, the incident took place at a carpark in Hougang Avenue 3 on Sunday (May 22) at 5:37pm.

In the clip, a man is seen tracking the chickens’ movements before approaching them.

It is not clear if the fowl belongs to someone living in the area, but they were notably unafraid when the man walked towards them.

Man kicks and stomps on chickens in Hougang, whacks them with slipper https://bit.ly/3lDQqTO

Suddenly, the man stomps on one of them before chasing after the flock as they try to flee.

He then kicks one of them, sending into the air a burst of feathers, losing one of his flip-flops in the process.

He later retrieves his flip-flop and flings it at the chickens.

In her post, Leong said the video belonged to her friend, who stays in the area where the incident took place.

She said she thinks her friend has reported the incident to the authorities.