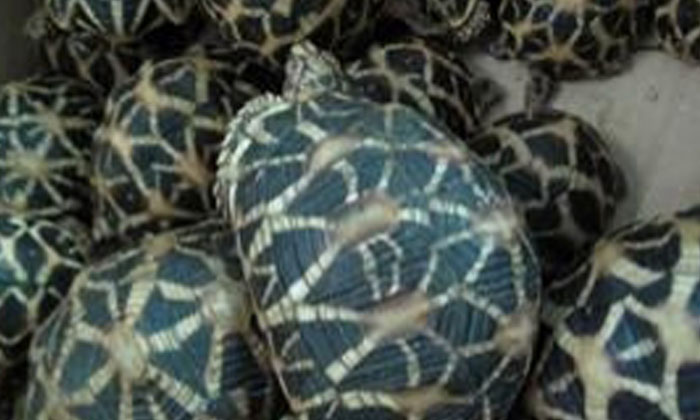 A 50-year-old man who smuggled 22 live star tortoises into Singapore was sentenced to one month in jail yesterday (April 25).

Khalid bin Awad Bamadhaj, 50, was also charged for causing unnecessary pain and suffering to the tortoises. This charge was taken into consideration in the sentencing.

The Agri-Food & Veterinary Authority of Singapore (AVA) was alerted by the Immigration and Checkpoints Authority (ICA) after the 22 live star tortoises were detected in the boot of a car at Woodlands Checkpoint.

The tortoises were contained within a cloth bag and placed together with bags of groceries, said AVA in a statement.

The case was referred to AVA for further investigations and it found that Khalid had imported the tortoises without an AVA permit.

Khalid had intended to keep the tortoises, which were identified to be Indian Star Tortoises, as pets.

A protected and endangered species, Indian Star Tortoises are not allowed to be kept as pets.

The seized tortoises are being cared for by Wildlife Reserves Singapore.