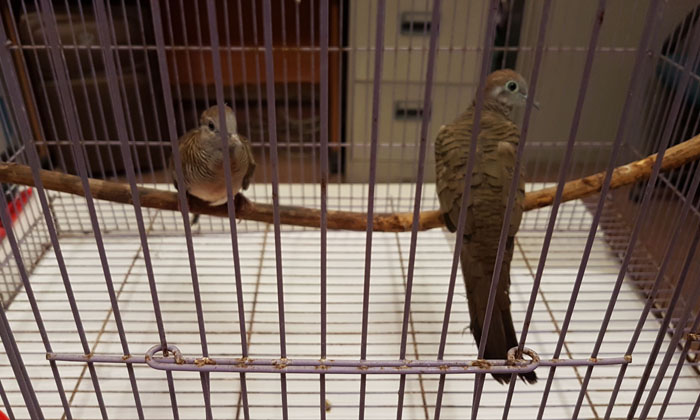 He was sentenced to an additional six weeks, which will run concurrently, for the failure to ensure that the birds were not subjected to unnecessary suffering.

On May 12, he was stopped at the Immigration Checkpoints Authority for checks at Woodlands Checkpoint.

Rahman did not have an import licence issued by the Agri-Food & Veterinary Authority (AVA) for the import of the birds.

AVA also found that the manner of transportation had caused unnecessary suffering to the birds, which were found in poor condition.

The birds were seized and placed under the care of Wildlife Reserves Singapore.

The AVA cautions that illegally imported live animals, birds and insects have an unknown health status.

Bringing them into Singapore may introduce exotic diseases such as bird flu, which harms public and animal health.