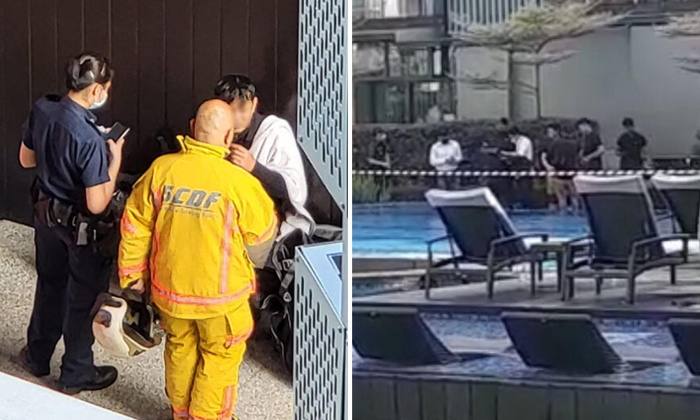 A group of children having swimming lessons in a condo pool were startled after a chemical substance caused an explosion in the area on Friday (April 22).

The accident happened at Thomson Three condominium in Bright Hill Drive at around 4.15pm.

A 36-year-old man, believed to be a staff member, was injured, reported Shin Min Daily News.

An eyewitness, who wanted to be known only as Chen, told Shin Min she saw fire trucks, ambulances and police cars in the vicinity.

The swimming pool was also cordoned off, the 62-year-old housewife added.

Chen, who lives in a HDB flat adjacent to the condo, said: "I didn't see any smoke or fire, but I saw paramedics carrying stretchers."

A resident of the condo told the Chinese daily that a group of children were having swimming lessons at the time.

After hearing a loud 'bang', they immediately left the pool, he added.

The Singapore Civil Defence Force (SCDF) told Shin Min they were alerted to a fire which involved a chemical powder. The fire had burnt itself out prior to SCDF's arrival.

One person was assessed for minor injuries, but he refused to be taken to hospital, SCDF added.