Man in Taiwan kills and dismembers GF for lying about virginity, hangs himself 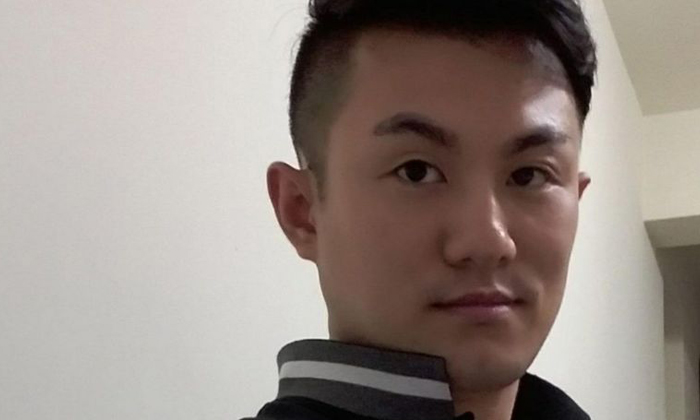 A 28-year-old man in Taiwan hung himself after allegedly killing and dismembering his 27-year-old girlfriend.

According to local news outlets, boxing coach and former mixed martial arts fighter Gary Chu is believed to have murdered Ms Huang I-Min for lying to him about being a virgin, reported The Straits Times.

The pair reportedly met on Tinder, a mobile dating platform.

Ms Huang's remains were found after her brother called the police on May 26, informing them that his sister had been missing for a week.

After conducting a search in Chu's apartment and reviewing surveillance footage, the police found that the victim had gone to her boyfriend's flat on May 20, the last day she was seen alive.

Chu was caught on camera on May 22, when he left his flat carrying seven trash bags.

The police then announced on May 27 that the seven bags containing Ms Huang's remains had been discovered buried in a garden following a search.

On May 30 at around 2am, the police said an eighth bag had been found, containing Ms Huang's left thigh, approximately 20 metres away from where the rest of her body parts were buried.

According to a mortician, Ms Huang's internal organs - which are still missing - are believed to have been flushed down the toilet, said Apple Daily.

The mortician also said that an autopsy might be conducted on Chu's body to check for any residue of Ms Huang's organs within it, if the latter's organs are still not found.

Chu's body was found hanging by his neck from a tree near a hospital in Xinzhuang district, in the early hours of Monday (May 28).

His body was accompanied with a bag of items beside it, including a suicide note saying: "She wronged me."

In a Facebook post written by Chu on May 26, he said he had never meant to be mean or violent towards Ms Huang, or restrict her freedom.

His post read: "She was the one who kept looking for me. She told me how much she loved and needed me. She begged me to let her stay even after I broke up with her."

In his post, he also said that Ms Huang had deceived him into thinking that she was a virgin, before telling him that she had used Tinder for one-night stands.

He added that Ms Huang had promised to change, but "in the end, she did not".

He also claimed that she would chat with other men online in secret, making him feel sad and betrayed.