Man in Malaysia gets caught stealing car, tells owner that it belongs to him 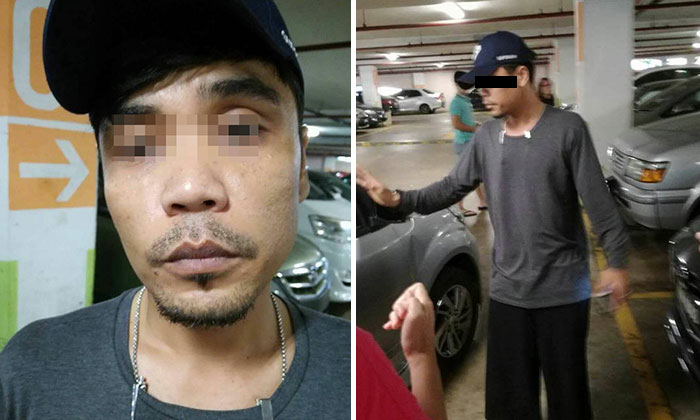 A Facebook user recently posted about his interesting encounter with a car thief caught red-handed while attempting to steal his family car.

The incident allegedly happened at 6.30pm on Sunday (Feb 4) at AEON Cheras Selatan, a shopping mall in Selangor, Malaysia.

The owner and his family members were on their way to retrieve the car when they discovered a couple sitting in their car and ransacking the vehicle.

When the owner confronted them, the man reportedly told him that the car belonged to him, reports The World of Buzz.

The incident was later shared by one of the car owner’s sons.

“We were about to go home at 6.30pm in AEON Tama Maluri Cheras, and while walking towards our car, my father noticed the car boot and doors were opened with someone inside the vehicle.

“My father asked the stranger what he was doing in the car and he rudely replied, ‘This is my car!’”

After the man’s claims were dismissed by the owner, the man claimed that the family had not paid their car installment and he was there to claim it back.

He even said that he possessed ‘a letter’ although it was not mentioned what the letter was about.

The owner, convinced that this was a case of theft, called in security guards.

"When my father took his pictures he arrogantly said, ‘I’m not going to run away. Feel free to take my pictures!’

"His head was facing down the entire time. When we said we wanted to call the cops, he became scared and started lowering his voice."

The family then demanded that the thief hand over the items stolen from the car.

He returned a SmartTAG device and begged the family not to call the cops as his girlfriend was pregnant.

The security guard asked the two parties to settle the issue privately and the family decided to let the couple off.

Around half an hour after the incident, the owner of the car remembered that he had a power bank in his car which had allegedly been stolen by the couple.

Alas, it was too late to retrieve it.

The post went viral after it was shared, with many praising the family for how they dealt with the case. Some netizens even tagged the Royal Malaysia Police in their comments.

"If you let him go today, someone else will become his victim tomorrow."

"This is not how you do charity. If he apologised from the start, you can still consider forgiving him but he shouted at you from the beginning."

Related Stories
Subaru driver attempts to carjack Singapore-registered car in JB
Car gets stolen in Malaysia -- and owner wants it back so he can send his wife to the hospital when she's in labour
Man who allegedly stole S'pore driver's Audi from JB car wash attempts daring escape
More About:
car thief
theft
funny