Man in getaway car hits 8 vehicles in attempt to flee from police, 2 officers taken to hospital 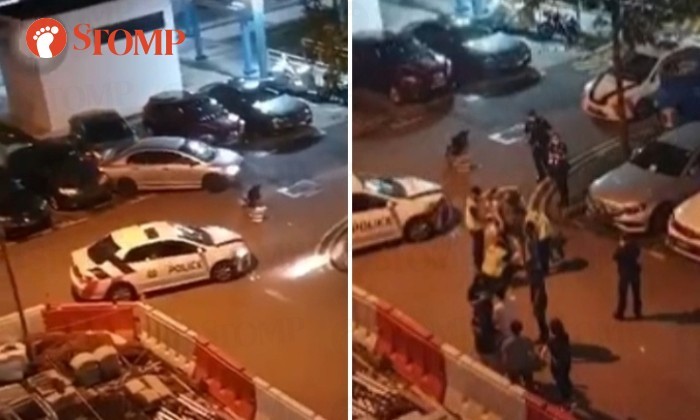 In an attempt to escape from the police, a 26-year-old man hit seven parked vehicles and a police car during the wee hours of Monday (Dec 28).

A video of the man escaping from an open-space carpark along Bukit Batok Street 33 has been shared multiple times on social media and has garnered more than 266,000 views on TikTok.

In the video shared by Stompers Rohaizat and David, a silver car can be seen reversing at a high speed before hitting a police car and completely crashing into a parked vehicle.

The silver car's bumper also appears to have fallen off.

The parked car's alarm then starts blaring in the background as shocked passers-by start to gather around.

The video, which appears to be a screen recording of an Instagram story, then stops and the story proceeds to show a photo of police officers and paramedics at the scene.

The police said in a statement that the man was originally wanted by the police for absconding from bail for an outstanding case of voluntarily causing hurt with a dangerous weapon and driving whilst under disqualification.

He was also wanted by the Central Narcotics Bureau (CNB) for failing to report for a urine test and for drug consumption.

The incident happened when the police conducted an operation to apprehend the man at the carpark in Bukit Batok at about 4am.

"Officers engaged the man but he refused to comply and attempted to escape in his vehicle," added the police.

"In the process, the man hit seven parked vehicles and a police vehicle. Two police officers, aged 27 and 33, were injured by the man during the incident and were conveyed conscious to Ng Teng Fong General Hospital."

The officers have since been discharged after receiving treatment for their injuries.

The man's getaway vehicle was subsequently located at the vicinity of Block 257 Jurong East Street 24 at about 5.10am after the police mounted an island-wide operation to locate him. 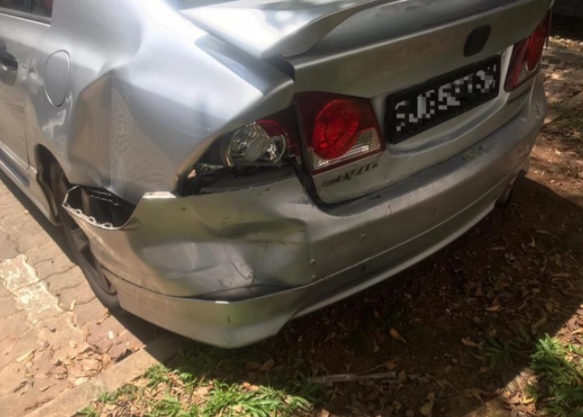 With the aid of images from police cameras, officers said they established that the man had entered a residential unit at the said block.

He was subsequently arrested in the unit for rash act causing hurt and suspected drug-related offences.

The man will be charged in court on Wednesday (Dec 30) with two counts of rash act causing hurt. The offence carries an imprisonment term of up to one year, or with fine which may extend to $5,000, or both.

Police investigations are ongoing and CNB is investigating the drug activities of the man.

“The police have managed to apprehend the suspect despite the dynamic and challenging circumstances. We will not hesitate to take firm action against offenders who blatantly disregard the law and threaten the safety and security of our neighbourhoods," said Zed Teo, Commander of Ang Mo Kio Division, Deputy Assistant Commissioner of Police.