Man in critical condition after being found unconscious in Tampines, suspect arrested over rash act 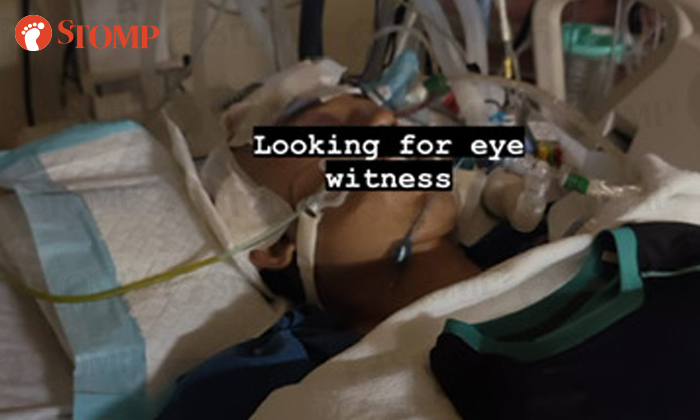 A 37-year-old man is currently fighting for his life in the hospital following a case of rash act in Tampines on Saturday night (July 10).

Stomper Madeline said her brother-in-law had been found lying unconscious with head injuries on a grass patch along Tampines North Drive 1.

The police were alerted to a case of rash act along Tampines North Drive 1 towards Tampines Street 72 at around 10.52pm, they told Stomp in response to queries.

The Singapore Civil Defence Force said it was alerted to a road traffic accident at the same location at around 10.50pm.

The man was unconscious when taken to Changi General Hospital.

.A 38-year-old man was arrested in relation to the case and police investigations are ongoing.

The victim's family is also appealing for witnesses and video footage in hopes of shedding light on the incident.

Madeline told Stomp: "Based on details we received from the attending doctor who referred to the log, someone called for the ambulance at 10.55pm.

"Doctors did an emergency operation on my brother-in-law. He is currently in critical condition, fighting for his life due to head injuries.

"We wish to know what happened to him that night so that we can have closure.

"Any information or footage around the timeframe of 10.30pm to 11pm will be greatly appreciated."