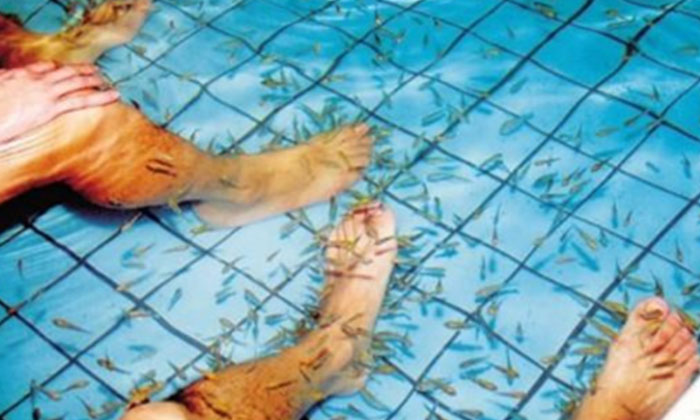 Thousands of fish died at a fish spa in Guangdong, China, after a customer allegedly urinated into a therapy pool.

The owner of the spa initially thought that someone had poisoned the fish, but realised that a male customer had urinated in the pool upon reviewing closed-circuit television (CCTV) footage.

According to Lianhe Wanbao, the customer had visited the outlet with a friend.

The two dipped their feet in the pool and later fell asleep.

They slept for around five minutes when the man woke up and found that the fish near him had all turned belly up.

The two then left the premises.

Footage revealed strange ‘foam and bubbles’ in the water directly beneath the man, said the owner.

The owner has since demanded a payment of $6417 for the damages, but the customer retorted:

“How would I know that the fish are so fragile?

“I just lost control of my bladder.”

The man then accused the owner of extortion instead, prompting the owner to call the police.

Related Stories
Man buys 6 durians after sampling, only to tell seller that they aren't ripe later
Father in China demands $300 from doctor for damaging son's clothes while saving his life
Grab passenger allegedly refuses to pay $3 extra charge for being over 5 min late -- and calls police
More About:
spa
China
unreasonable