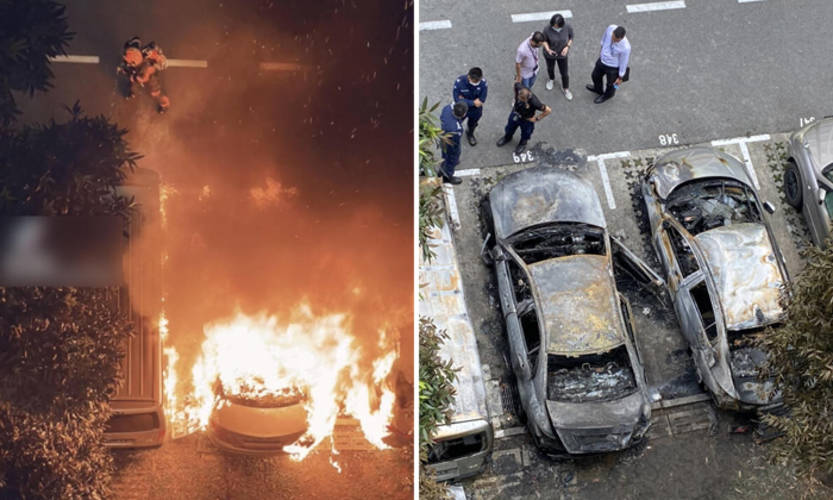 A man who was in a car when it went up in flames at a carpark in Bukit Panjang has died after more than a month in hospital.

In response to queries from The Straits Times, the police said on Monday (Aug 22) that the 31-year-old man died on Aug 11.

They were alerted to the incident at the open-air carpark at Block 218 Petir Road at about 4am on July 3.

A Singapore Civil Defence Force spokesman said at the time that a car that was in a parking space was engulfed in flames when its officers arrived.

Chinese evening daily Shin Min Daily News previously reported that the man was trying to start the vehicle when it suddenly caught fire.

The SCDF said four compressed air foam jets were used to extinguish the fire that spread to three other vehicles and damaged them.

The man was conscious when he was taken to Singapore General Hospital, said the police, who are investigating the incident.

A woman who lives on the second floor of a block that overlooks the carpark, said previously that "the entire window in front of our flat glowed bright orange, and I could feel the heat".

She said she made her way downstairs and joined other neighbours who "gathered a distance away because we were afraid of debris flying out from the fire".