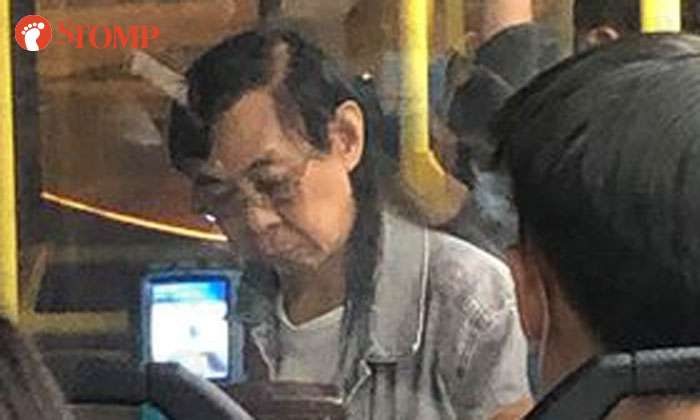 A man was caught on video shouting and hurling vulgarities after refusing to wear a mask on a public bus on Wednesday (Sep 9).

Stomper Hardeep alerted Stomp to the incident and shared a video of what happened on bus service 972M at about 9.40pm.

In the video, the man is heard shouting before alighting the bus: "I'm not wearing a f***ing mask again, second time, okay?"

Hardeep told Stomp he reminded the man to wear his mask.

"This person refused to wear a mask even after being told three times," said the Stomper.

"He eventually alighted at a bus stop along Fajar Road, opposite Fajar Shopping Centre.

"He even showed his middle finger to me once he was off the bus.

"Please get this arrogant idiot.

"He needs to be shamed."