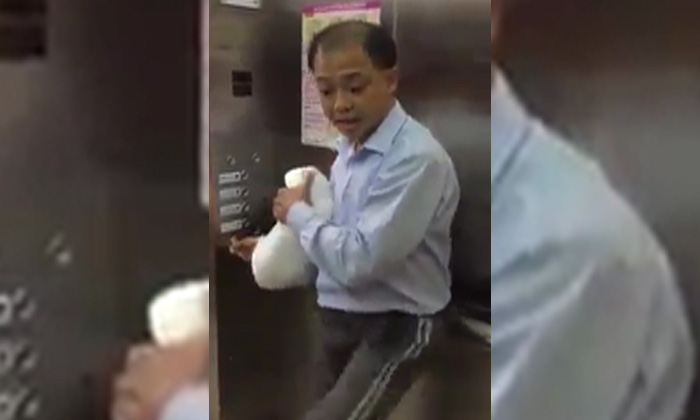 The police have responded to a Facebook video of a man who refused to take the same lift as another guy after calling him "dirty" and "smelly".

It was previously reported by Stomp on Aug 3 that the man had hurled profanities at another guy and refused to let go of the lift button.

The man is also seen gesturing with his leg for the other guy to get out of the lift, while saying things like, "I don't like to take with you, f*** off."

The other guy had responded by saying that he only wanted to take the lift to an MRT station.

He is believed to be Facebook user Uma Pathy, who posted a video of the incident on the Singapore Police Force's Facebook page. 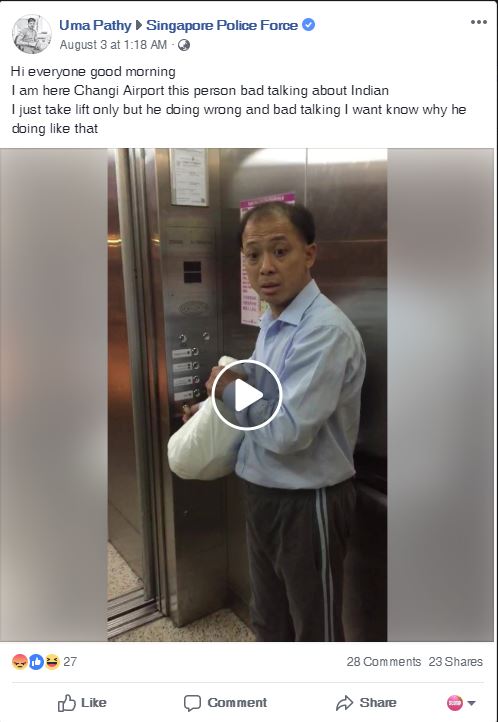 According to a caption that accompanied the video, the incident reportedly took place at Singapore Changi Airport.

He said: "I just [wanted to] take [the] lift only but he doing wrong and bad talking I want know why he doing like that."

The police subsequently responded to Mr Uma's post, urging him to come forward to make a police report.

Stomp has reached out to Mr Uma for further information.