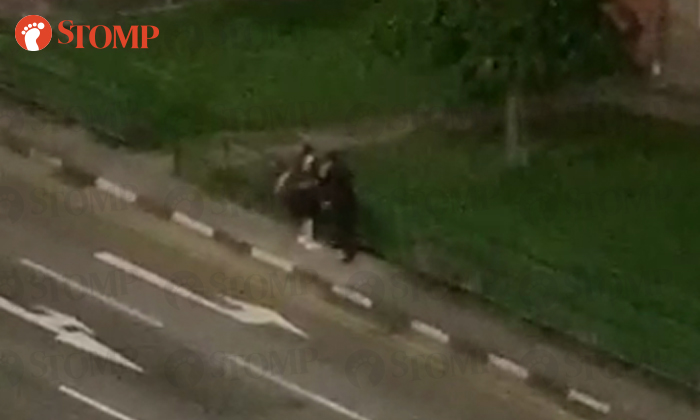 A man was seen hitting a woman during a dispute in Geylang last Tuesday night (July 21).

Stomper Elizabeth witnessed the incident and shared a video that she took. She also called the police while taking the video.

Elizabeth recounted: "I first noticed the lady crossing the other half of the road at 9.16pm. I also saw a man talking to a taxi driver on the first lane at Lorong 22 Geylang. 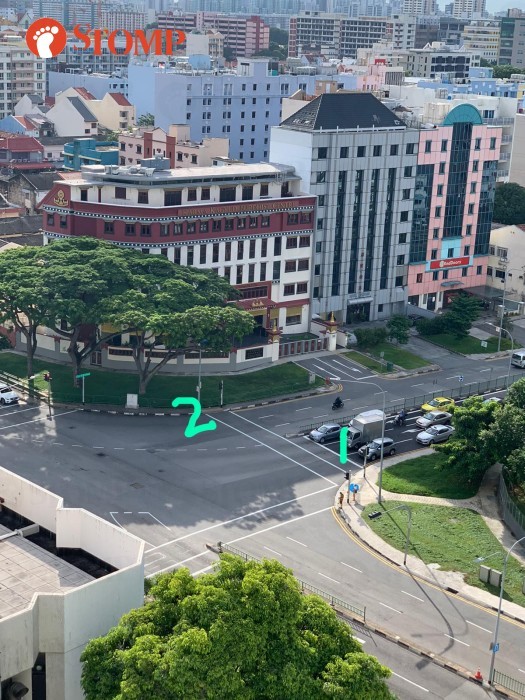 (According to Elizabeth, the commotion started at Location 1 and the woman fell down at Location 2. Photo edited by the Stomper)

"The woman then walked to Guillemard Road between Lorong 22 and Lorong 20. The man chased after her.

"The woman fell down at the side. It seemed to be a hard fall, though I have no idea how she fell. She seemed intoxicated."

Elizabeth said that was when she started recording a video.

The Stomper added: "I could hear the first slap. After seeing the man slap her so many times, I called the police, which is why the video is shaky.

"By that time, the woman was lying on the floor. A few men surrounded her to look. I think they tried to help her. There were some cars and motorbikes that had stopped too.

"The man flagged for a taxi and a taxi stopped. It took awhile to get her into the taxi.

"I heard the woman screaming. Maybe she didn't want to go in.

"The man entered the taxi and the taxi moved off by turning left onto Lorong 22 Geylang.

"The commotion ended at around 9.21pm, though I'm not sure if anything happened in the taxi.

"After the taxi left, a police car arrived." 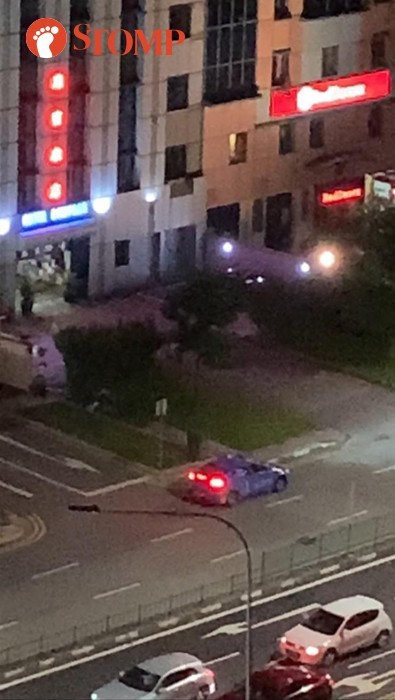 (Photo of the taxi which the couple boarded) 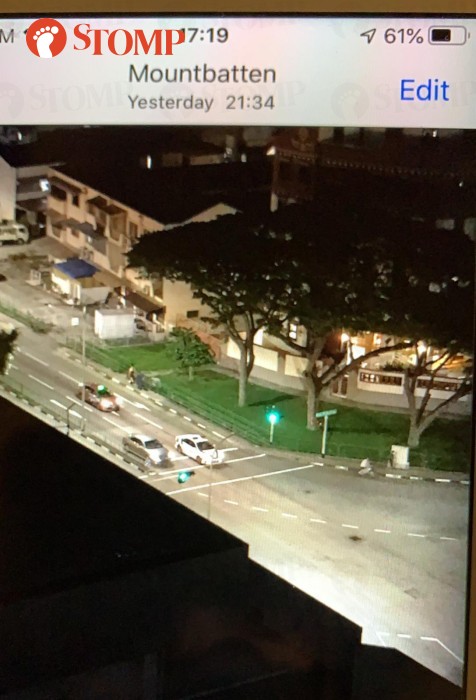 (Photo of a police car at the scene)

Stomp understands that when police officers arrived at the scene, the couple involved in the incident had already left the location.

Elizabeth told Stomp: "The lady should be very bruised the next day. I hope help is given to her. No parents would want their daughter to be ill-treated to this extent.

"If the man had a daughter, would he allow other men to beat his daughter like how he hit this woman?"

Related Stories
Man repeatedly slaps woman's face, kicks her and rains punches on her back at Woodlands
Survivor of BF's assault now hopes to help others: 'I put up with the abuse as I was scared to lose him'
Naked man attacked by jealous BF: Two-timing woman shares how it all started with sex video
More About:
couple
dispute