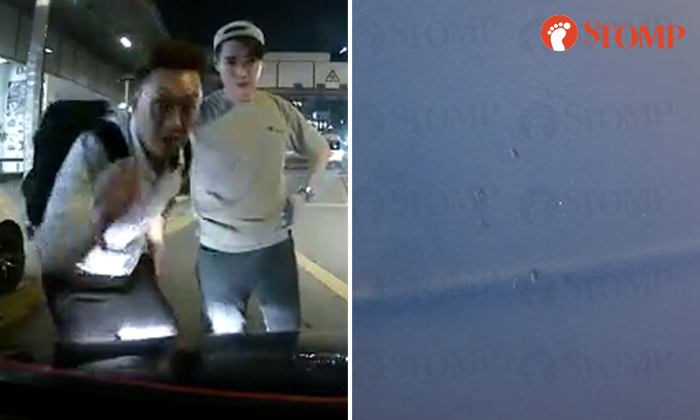 A man obstructed traffic by standing within yellow box markings on the road, then repeatedly hit a car bonnet and challenged its driver to a fight.

Facebook user Norman Lee, who is a friend of the driver, posted a video of the incident that occurred along Eu Tong Sen Street at around 3.40am on Wednesday (May 1).

When contacted by Stomp, Mr Lee said that his friend, a Grab driver, had been preparing to make a left turn towards Clarke Quay to pick up a passenger.

He shared: "Most people will take a step back once they see a car approaching. However, the two guys -- as shown in the video -- did not.

"My friend flashed his headlights. But instead of moving back, the guy in spectacles came forward and started hitting my friend's car bonnet.

"My friend reversed and alighted from his car to check for damages.

"The bespectacled guy then started to challenge my friend to a fight, but my friend backed off and drove away.

"My friend stopped shortly afterwards due to a red light. The bespectacled guy came and opened my friend's passenger door and continued instigating for a fight."

In a second video that Mr Lee sent to Stomp, the two men can be heard arguing.

The driver can be heard saying, "Brother, if I wanted to fight with you, I would have done so earlier," to which the other party shouted back, "You come lor! You come now lor!"

"He is still considering whether to make a police report."

According to Mr Lee, his friend's car was left with "scratches and small dents" following the incident. 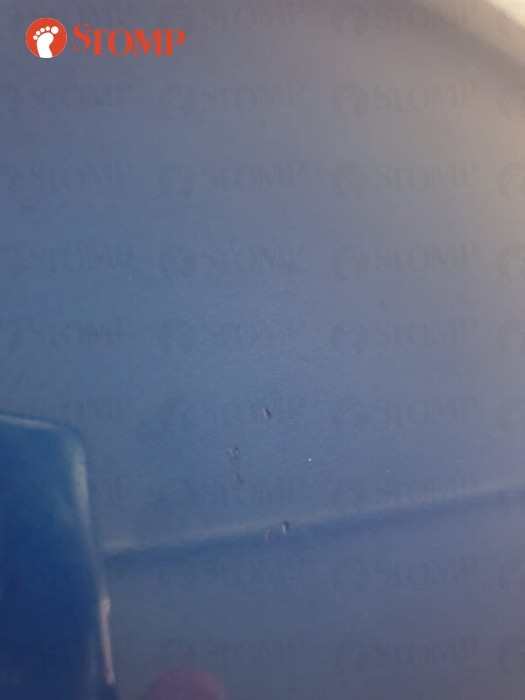 "They were most likely caused by the guy's watch or ring," added Mr Lee.

Related Stories
Cyclist slams his hand on car bonnet after 'refusing to slow down'
Instant karma for jogger who hit taxi bonnet -- only to trip and nearly fall down
Men hurl vulgarities, challenge cabby to call police after one of them walks into taxi's side mirror
More About:
road rage
dispute
grab