Man hit by falling plaster strip outside Jalan Besar hotel: 'I'd have been dead if I had looked up' 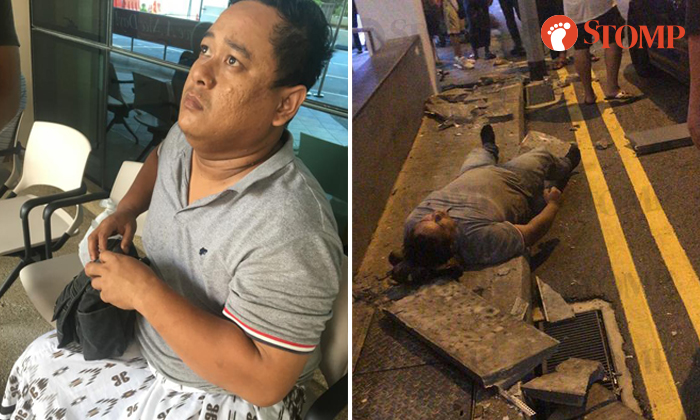 A 33-year-old man who was hit by falling concrete slabs outside Wanderlust Hotel in Jalan Besar on Tuesday night (Nov 27) has spoken of his ordeal and how he narrowly avoided death.

The incident occurred at around 11.40pm and left the victim, Mohamad Husna, with spinal injuries.

Stomper Chua, who witnessed the incident, recounted in an earlier report how he heard a loud sound and saw the victim in pain.

The Building and Construction Authority (BCA) told Stomp that "a strip of architectural feature made of plaster, estimated to be 4.0m by 0.3m in size, had fallen off from the second floor of the building".

BCA is further investigating the incident.

According to a Shin Min Daily News report on Wednesday (Nov 28), Mr Husna is a Malaysian who had just arrived in Singapore two days ago to find work.

Mr Husna revealed that he had been sitting down on a ledge outside the hotel to rest after finishing supper, with plans to meet a relative afterwards.

However, not two minutes had passed before the plaster strip fell down from a height of around five metres, he said.

The plaster strip slammed into his thigh and he fell to the ground in pain. 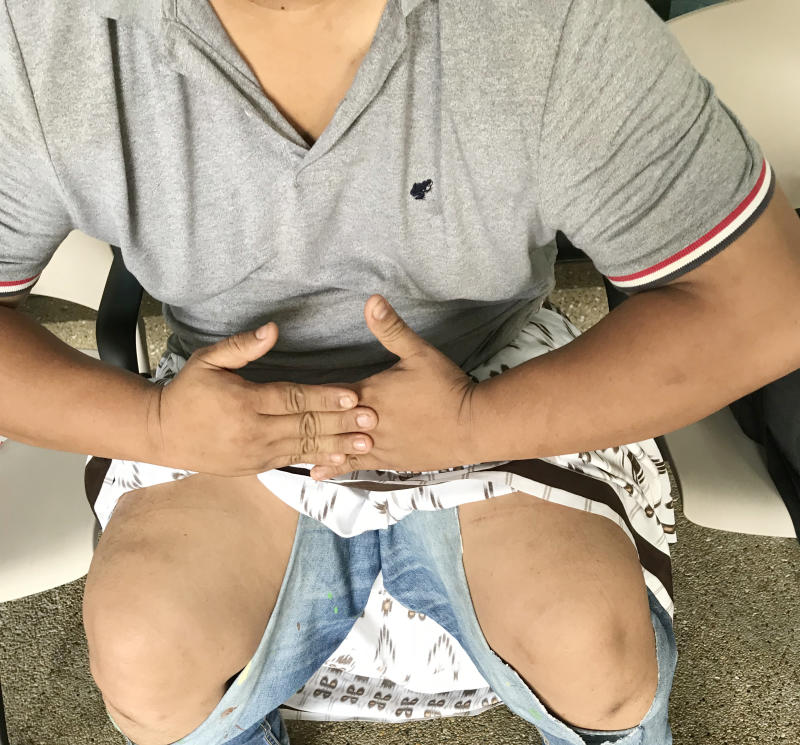 He said: "The narrower side of the slab hit my thigh with great impact. Fortunately, I did not raise my head to look up or I would have lost my life."

Mr Husna also told Lianhe Wanbao: "The pain spread through my entire body. I felt dizzy and don't remember what happened next, only that I was taken to the hospital."

According to Mr Husna, he now has two long, reddish scars on both legs. Although he is thankful that his bones were not hurt, he is experiencing deep pain.

When Shin Min reporters visited the incident site, they noted that an area outside the hotel had been cordoned off. Pieces of the plaster strip were still on the ground. 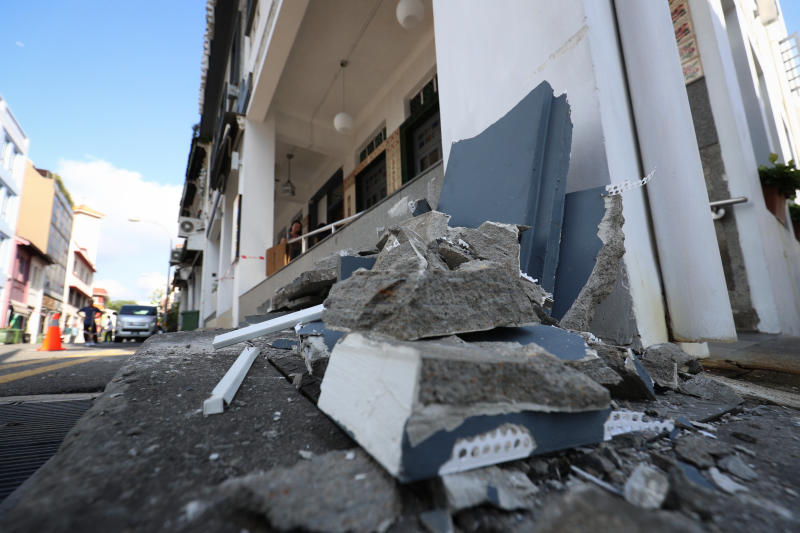 A female employee from the hotel declined to comment.

As he is worried that his medical bills might be too expensive, Mr Husna had requested to be discharged from hospital on Wednesday and plans to seek treatment in Malaysia.

"The hotel staff have yet to contact me. I don't know who I can approach for reimbursement of my medical fees," he told Shin Min.