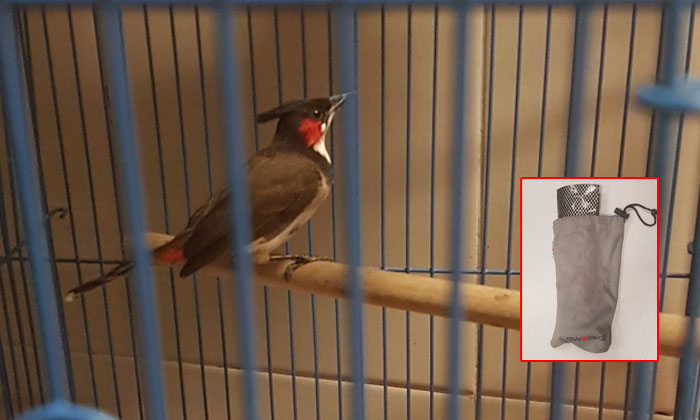 A 43-year-old man was stopped by officers from the Immigration and Checkpoints Authority (ICA) at the Woodlands Checkpoint after they detected one live Red-whiskered Bulbul.

Hairolhisham Bin Sa'don was fined $5,000 by the court for the illegal import of the bird into Singapore without a licence, and a second charge of failure to ensure that the animal was not subjected to unnecessary suffering was taken into consideration.

Officers had detected the live Red-whiskered Bulbul that was cramped in a paper packet, which was placed in a drawstring pouch and hidden in a handbag.

Hairolhisham did not have an import licence issued by the Agri-Food and Veterinary Authority (AVA) for the import of the bird.

AVA also found that the manner of transportation caused unnecessary suffering to the bird, and it was later seized and placed under the care of Wildlife Reserves Singapore.

In a statement, the AVA and ICA said that animals that are smuggled into Singapore are of unknown health status and may introduce exotic diseases, such as bird flu, into the country. Travellers are reminded that smuggling animals and birds into Singapore is an offence.