Man has shouting match with driver whose engine goes 'boom, boom, boom at 5am every morning' 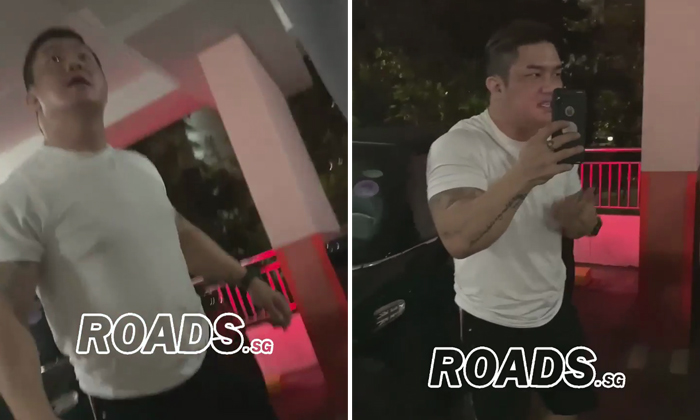 Two men got into an heated argument over the loud noise that one of them apparently created by revving his engine at 5am every morning.

Stomp understands that the incident occurred at the multi-storey carpark at Blk 161A Meiling Street on early Wednesday morning (Jan 27).

A video of the dispute posted by Roads.sg has been shared over 500 times.

In the video caption, the man who had taken the video alleged that a driver disturbed the neighbourhood by revving his engine "so loud" at 5am every day.

The man said that the driver would continue revving his engine even after parking his vehicle and the volume was made worse by the echoes in the carpark.

He added: "I come ask u be considerate then u call police. Call already never mind, then wanna shout like paikia. Paikia call polis ah? Hahahahhahaha."

In the video, the man can be heard chiding the driver for going "boom, boom, boom every morning, brother". He also said that he just wanted the driver to be more considerate.

However, the driver can be heard suggesting that the man had been verbally abusive until he started recording a video and calling the police.

Many netizens called for enforcement action to be taken against the driver for creating noise pollution at an ungodly hour.